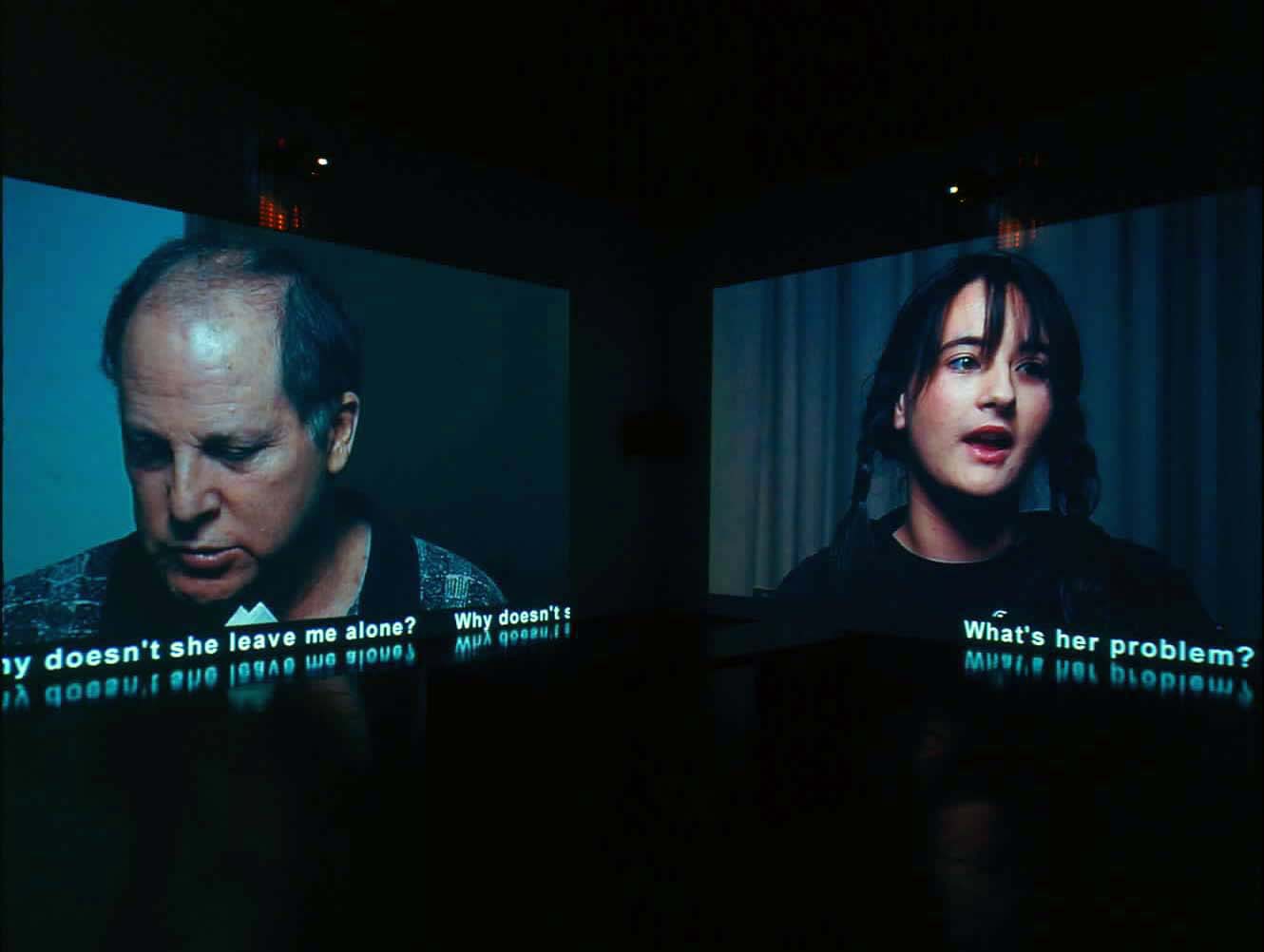 In her solo exhibition Barbara Kruger shows the film installation TWELVE, in which the viewer becomes an observer and involuntary participant in twelve conversations.

In the almost square, darkened room of the gallery, one person is projected on each wall in the form of a bust image and those portrayed have a larger-than-life conversation with one another across the room. A strip of text runs beneath the images, similar to the "news ticker" on news channels such as CNN. The running text reveals the subtext behind the spoken statements of the speakers. A web of text and image is created on several levels, evolving from small talk to large themes such as violence, love, and family. The viewer is both on the outside of the conversation and omniscient of the speakers' inner dialogue at the same time.