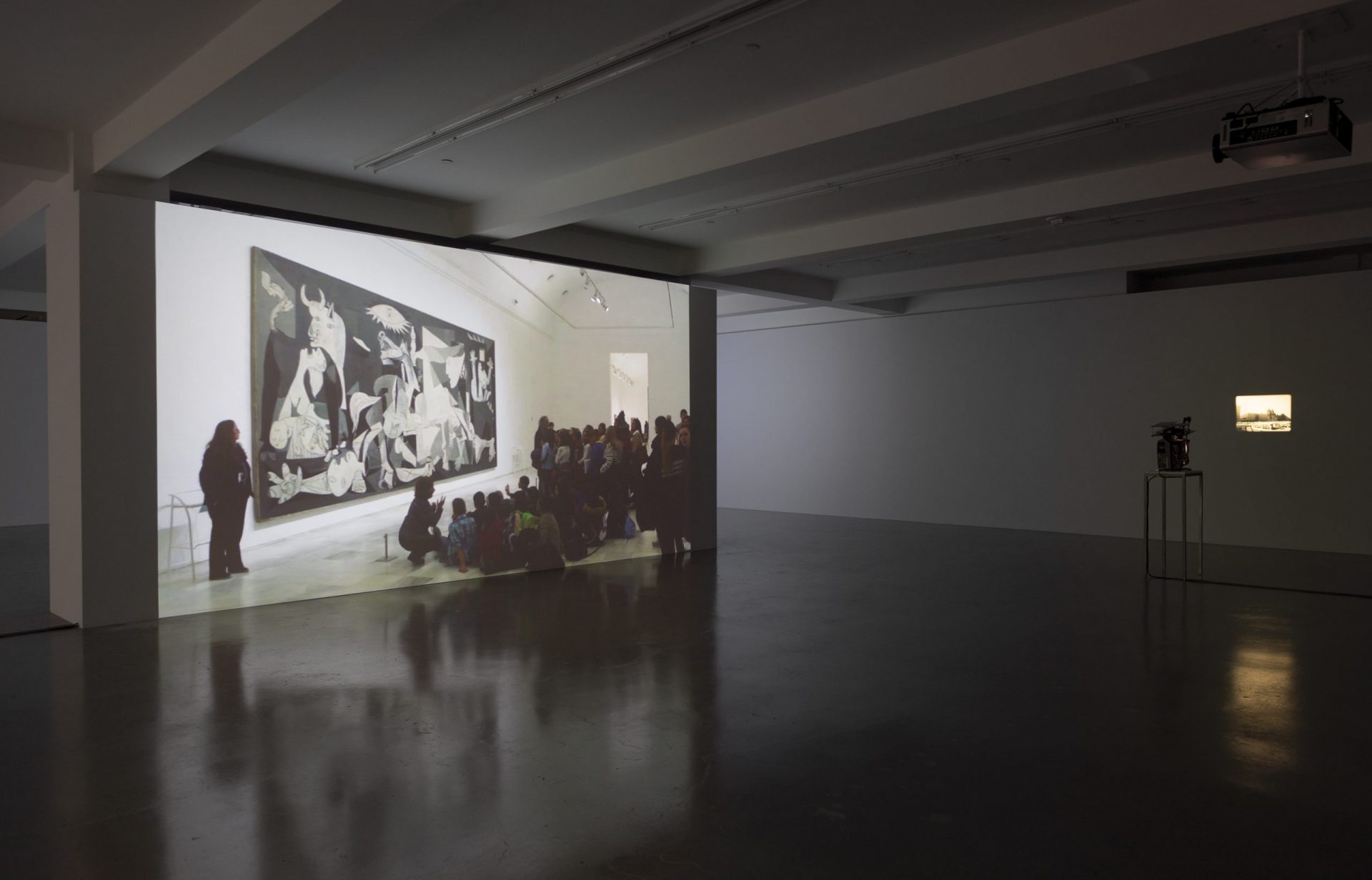 David Lamelas’ Time as Activity (1969–2017) is the Argentine artist’s groundbreaking and ongoing series of structural films and videos. First conceived in the late 1960s in the early days of the conceptual art movement, of which Lamelas was an integral part, Time as Activity has grown to include numerous iterations, each filmed in different cities throughout Europe and the Americas. The presentation at Sprüth Magers, Los Angeles, will feature eleven films and highlight both the consistencies and the diversity between them. It will trace not only the series' evolution, but also the different locales that have informed the artist’s four-decades-long career, as well as recurring themes found across his multimedia work, including architectural space, the language of film, and the experience of time and duration.

The exhibition opens with Time as Activity-Düsseldorf (1969), the earliest film in the series, which Lamelas considered his first overtly conceptual work. Shot on 16mm on the occasion of an exhibition in Düsseldorf, it established both the site-specific nature of the subsequent films and their non-narrative structure: stationary shots of public squares, monuments, street corners, and other metropolitan environments, introduced by intertitles that plainly announce the location and length of each upcoming sequence. As Lamelas traveled from one city to another, he periodically added new films to the series, expanding its geography to include Berlin (1998), Los Angeles (2006), New York (2007), St. Gallen (2007), Buenos Aires (2010), Naples and Milan (2013/2014). His film of Madrid (2017) makes a relationship between Picasso’s Guernica and the Victory Arch, a Fascist symbol. The most recent work is Time as Activity Athens - Berlin LIVE, created site-specifically for Documenta 14, and on view in Kassel and Athens in 2017. It makes a comment on the relationship between Greece and the EU. Rather than constituting straightforward documents, the Time as Activity films investigate the concept of real time, filtering it through a structure that is simultaneously ordered and decidedly formless. Through scenes that range from bustling urban activities to moments of poetic introspection, Lamelas makes the viewer aware of his or her own location in time and space, and of the impossibility of creating unmediated representations of reality.

Time as Activity is part of the Participating Gallery Program of Pacific Standard Time: LA/LA, a far-reaching and ambitious exploration of Latin American and Latino art in dialogue with Los Angeles, taking place from September 2017 through January 2018 at more than 70 cultural institutions across Southern California. Pacific Standard Time is an initiative of the Getty.