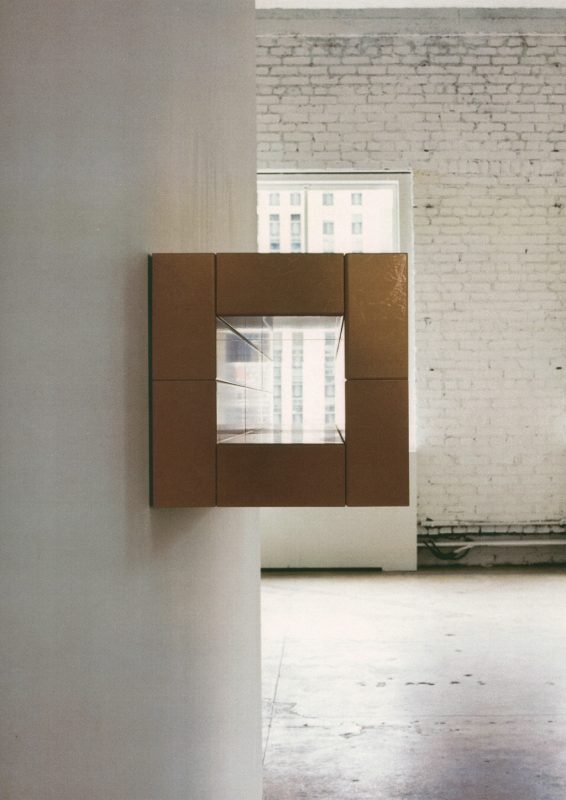 Monika Sprüth and Philomene Magers are pleased to present the exhibition ‘Where is the nearest camera?’ by New York based artist Louise Lawler in their London gallery space.

Renowned since the 1980s for her photographs taken in private collections, museums and auction houses, Louise Lawler continues to question the ideas of authorship and the notion of identity that we invest in works of art. Throughout her career Lawler has often focused on the environments where artworks exist after leaving the artist’s studio. As the place of creation, the artist’s studio was rarely of interest to Lawler. It was rather the life of the work afterwards that raised important questions for her: in which surroundings is art presented to us and how does our perception of it depend on these? What are the mechanisms of the institutions and the art market, which determine the various locations where we can find art?

By manipulating the focus and position of the camera, Lawler demonstrated how an artwork is determined by the paradigms of the art world: a label on the wall of an auction house would become the focus of an image, with only a small fraction of the work itself visible, and the idea of the artwork as a commercial entity would be brought to mind. Other images would show arrangements in private homes, consisting not only of art, but also of furniture and household goods, showing how an artwork can represent something much more private and intimate. In this way Lawler visualized doubts regarding the autonomy of the artwork itself and, simultaneously, demonstrated how the same work can trigger several different aspects of discourse, depending on the context in which it is seen.

The photographs made earlier in Lawler’s career were taken at a time when auction houses, private homes and museums functioned more as separate entities and were easier to tell apart. Today, the boundaries are blurred and the institutional and commercial aspects of the art market are beginning to merge. Auction houses aspire to museum level, with their complex catalogues and flawless presentations. Wealthy private homes are beginning to look like museums – and we can no longer tell whether the quality of an artist’s work is to be determined by institutional appreciation or by success at the auctions. As this development is taking place, the world in front of Lawler’s camera also changes.

This exhibition of Lawler’s work takes place in the vicinity of some of London’s major auction houses, representing one of the ‘living spaces’ for art that Lawler has explored with her camera throughout her career. On a different level the exhibition title ‘Where is the nearest camera?’ motivates the viewer to question his own point of view and perception of the world around him.

Inquire
Louise Lawler
Next to Lacan, 2007

Inquire
Louise Lawler
The Desert and a bit of Mountain II, 2007

Inquire
Louise Lawler
Next to Lacan, 2007

Inquire
Louise Lawler
The Desert and a bit of Mountain II, 2007