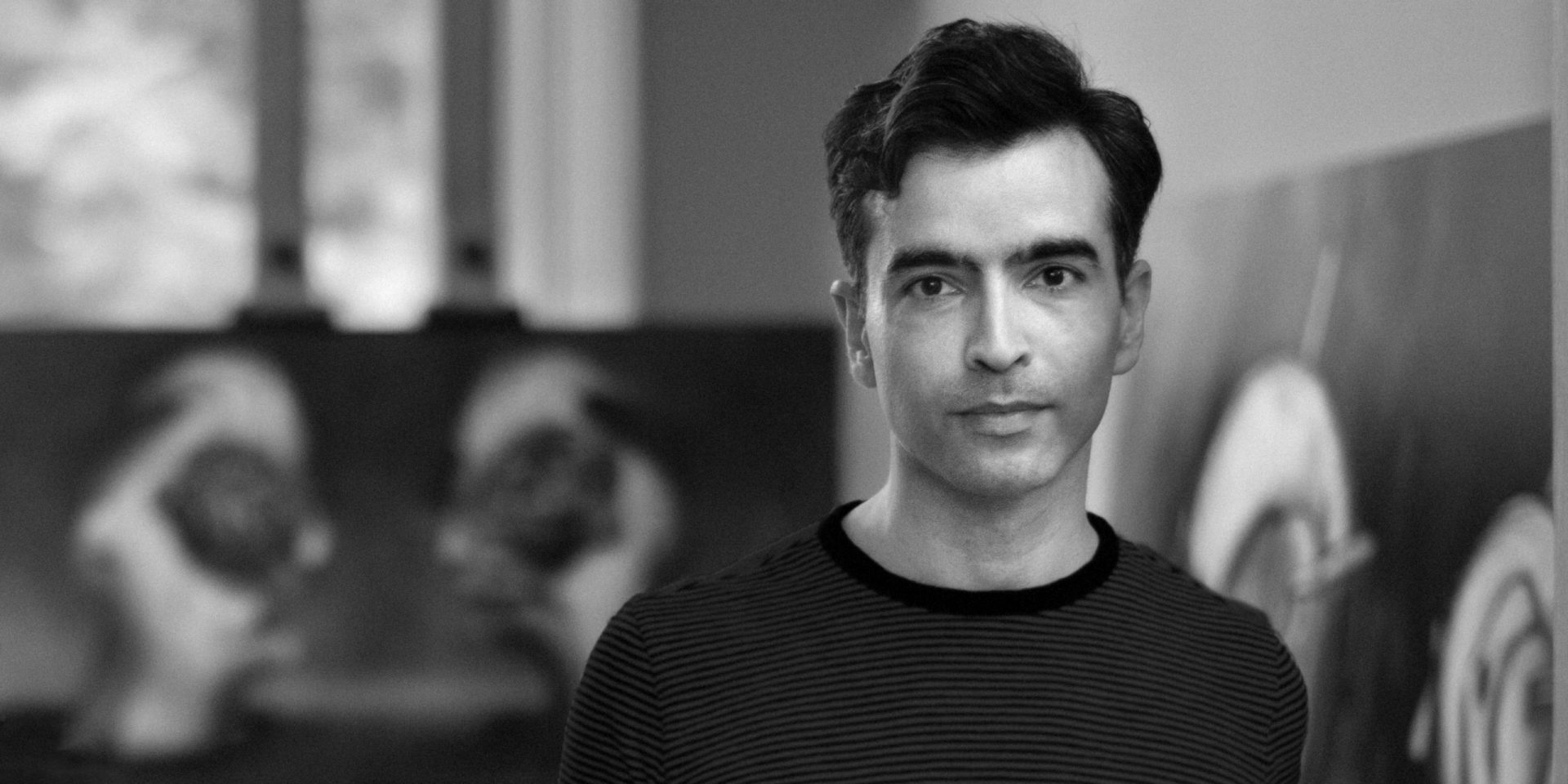 The multifarious practice of Alexandre Singh (*1980) is fuelled by a need to challenge traditional modes of narrative. Utilizing installation, performance, literature, drawing, sculpture and film, Singh has an incredibly broad range of references from all facets of culture. Inserting these into new and unfamiliar, contexts he aims to create open-ended dialogues that focus on the complex relationship between language and visualization.

His constant balance of the banal and erudite creates an overarching tone of the comic, evident in some of his earliest series Assembly Instructions (2008–2013). Comprised of large number of collages drawn from disparate sources but united in a standardized aesthetic created by photocopying them in black and white and slotting them into white frames, Singh drew annotated pencil lines between each unit to create mind maps of mystical connections. Elements from encyclopedias, catalogues, Google and library books all proved ripe for decontextualizing and inserting into these new narratives, supplemented by lectures that were one part academic justification and one part motivational coaching session or marketing seminar. Assisted by the use of transparencies and antiquated overhead projectors, Singh explains the connection between Ikea store layouts and Renaissance mnemonic theory, for example, always weaving stories but ensuring there is a semblance of credible believability.

A thread of absurdity is equally prevalent in his installation and play The School for Objects Criticized (2010), the title making reference to Molière’s comedy La Critique de l’École des Femmes (1662) while also drawing from more recent comedies such as Seinfeld (1989–98), or turns of phrase that recall Oscar Wilde’s aphorisms. Seven objects, including a bottle of beach, a cassette recorder and a stuffed skunk, sit on plinths in a darkened room and as each one takes its turn to speak they are dramatically spot lit. A conversation unfurls between them that takes in art, sex, and religion, each object revealing their finely tuned character in a comedy of manners that takes the conventions and foibles of the art world as its lynchpin. Extending this on a grander scale, for his first play The Humans (2013), Singh assembled a cast of actors, choreographers, musicians and costume designers to assist realize a three-hour epic over which he maintained sole creative control. Based loosely on Aristophanes’ satires and Shakespearean comedies, the play also takes influence from a litany of sources that range from Woody Allen films to kabuki theatre, via South Park (1997–present) and Baroque choreography, each of which are themselves rife with critiques of their own era’s dominant social structures.

By non-discriminatorily collapsing such disparate references into one field, Singh can be said operate in a process akin to internet hypertext, drawing from myriad sources in a manner that is at once restless and contemplative. His exhibition A Gothic Tale (2019) combined his noir-esque short film The Appointment (2019) with an installation that made use of objects in the collection of San Francisco’s Legion of Honor. Exploring the gothic trope of the doppelgänger, the exhibition and the film both underline the key importance of narrative to the artist. Singh’s interest in storytelling, allusion and unlikely connections unites the multi-faceted elements of his oeuvre, with elaborate webs of intrigue that lead the viewer to question the difference between the original and its duplicate.

Alexandre Singh
The Oceans and the Land, 2013

Inquire
Alexandre Singh
The Oceans and the Land, 2013

Alexandre Singh presents his installation The School for Objects Criticized AE. At first, it appears to be an elegant, theatrically-lit readymade installation in which seemingly banal objects – a bottle of bleach, a toaster, two cassette recorders, a derivative abstract sculpture, a stuffed skunk and a slinky toy – are presented on pedestals much like important historic sculptures are in museums. But the installation soon reveals itself to be an elaborate, dramatic set-up. With astonishment, viewers come to realize that not only can these inanimate objects speak, they also have dramatic, finely-contoured characters and fascinating relationships to one another.

Alexandre Singh’s The Humans represents the culmination of years of study, writing, drawing and sculpting by the artist for the creation of a three-act theatre play. Commissioned by Witte de With, Rotterdam, and Performa 13, New York, Singh’s story unfolds amid an allegorical landscape: a mountain rises centre stage separating the realms of Charles Ray, the pontifical Apollonian sculptor, and N, the silent, agile Dionysiac Rabbit Queen. Seeking to introduce chaos into an otherwise orderly cosmos, Tophole, Charles Ray’s fretful son, and Pantalingua, N’s daughter and interpreter, plot to contaminate the sculptor’s perfect statues with the passions, desires and bodily functions of humans – cold stone made living flesh.

Singh’s Assembly Instructions works, two of which are presented in the exhibition, visualize the artist’s fantastically woven stories in the form of wall-mounted, photocopied collages visually connected by dotted lines penciled directly onto gallery walls. Presented in both live form as public lectures using overhead projectors and transparencies, Singh’s narratives delve into diverse disciplines such as science, pseudo-science, industry, magic, business and art history; each element is linked to another producing unexpected congruencies and points of intersection.