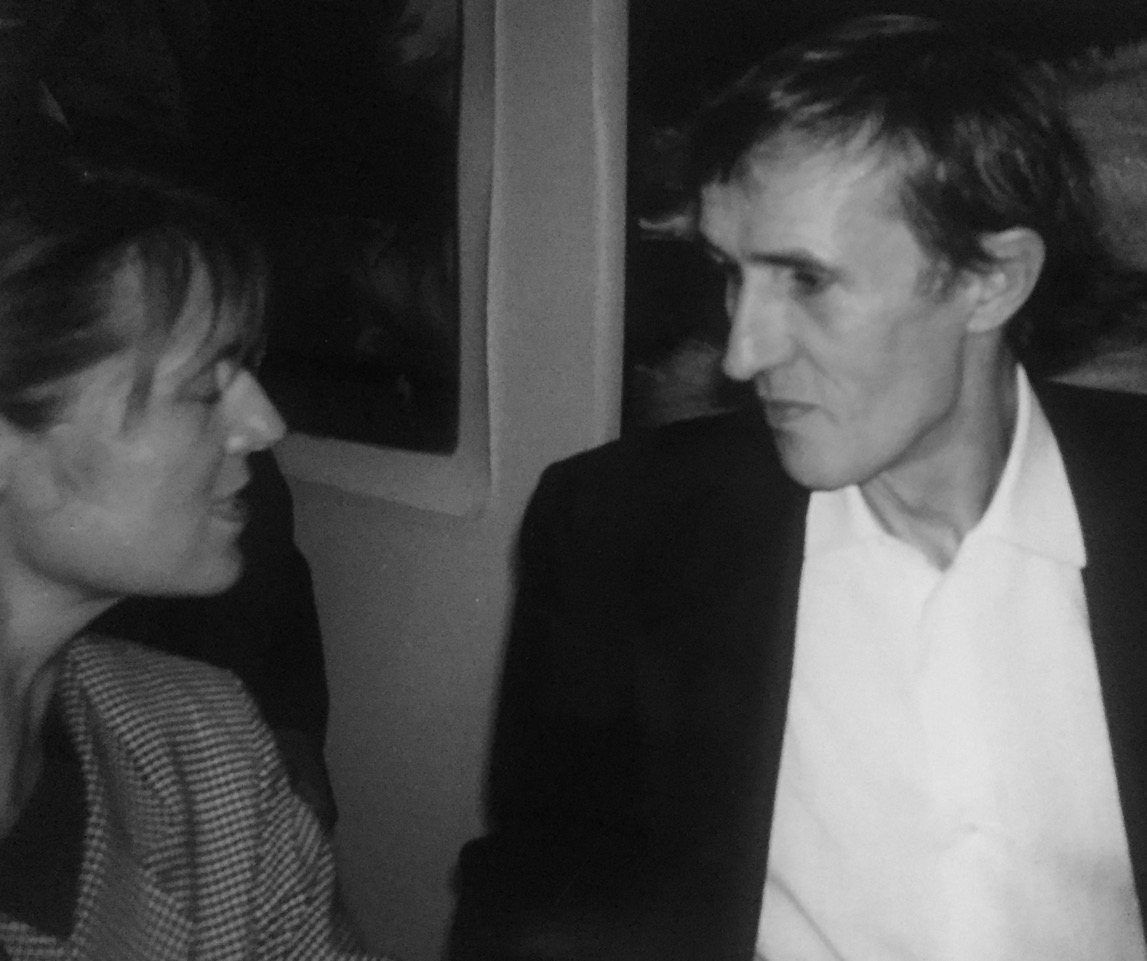 Alighiero Boetti (1940–94) is one of the most important figures in post-war contemporary art and in the history of Italian art more generally. Rising to prominence in the 1960s and originally tied to the Arte Povera movement, Boetti later sought to distance himself from his compatriots and by the start of the 1970s was undertaking investigations into a string of dualities, from order and disorder, to indeterminacy and logic, and classification and boundlessness. Through drawing, painting, sculpture, embroidery, weaving, mail art and conceptual practices, Boetti engaged himself with an unpredictable and expanding global perspective.

From the outset, Boetti’s Arte Povera assemblages differed from those of his contemporaries; he was not so concerned with metaphor but rather concepts. The playful and often humorous sincerity and directness of their material gesture related more to the object’s function in the real world than abiding to traditional ideas of sculpture. Colonna (1967), a stack of hundreds of paper doilies, or Mimetico (1966), a painting of stretched camouflage fabric, evince an attitude that the choice and assembly of such ostensibly poor materials can constitute the smallest act of artistic creation. He later assigned himself the task of tracing over the grid of squared paper, exploring the idea of pointless, time-wasting work, and filling large sheets with endless biro scribbles.

Informed by his wide travels, Boetti addressed many of the concerns that artists today find equally fruitful; notions related to time and the temporal nature of making art, often with purposeful inefficiency; delegating fabrication to skilled craftspeople; and geopolitics and the social context of labor.  Boetti first visited Kabul, Afghanistan in 1971 and a few months after his first visit he returned to establish the One Hotel with local waiter and entrepreneur Gholam Dastaghir. Here his Mappe (1971–1994) were also conceived, colorful weavings depicting maps of the world with the colors of each country filled in with their flag, produced by local craftswomen. For Boetti, the Mappe allowed him to “do nothing”, as not only were they made by others but he didn’t draw or design anything; the shapes of the countries’ borders and the designs of the flags were somewhat fixed. What emerges from the work is its concept with variances left to chance or the choices of the craftspeople, or later physical changes to national borders. Therefore the sea is sometimes pink or Sufi poems are written into the margins. Rather than just opposing order and disorder, he used the processes and logic as a means of creation.

Another project, Viaggi Postali (1969–70) consisted of him sending letters to artists and figures he admired using fictional addresses; once they were returned he sent them on again on imaginary journeys, playing with chance within the order of the postal system and then even classifying them by the color of the stamps. The systems and sequences of classification and the knowledge they create and perpetuate never ceased to interest Boetti. A persistent interest in duality and multiplicity is even seen in the e (and) he added as his middle name, suggesting he is two separate people to challenge the idea of the unified artist. Similarly, by collaborating with creative workers from other cultures, he created a nuanced perspective on global political events and challenged a mode of art production and reception dominated by the west.

In 1970 Giorgio Persano opened 'Multipli', his first gallery in Torino. 'Multipli' was exceptional for its time. Working with Arte Povera artists and with other Italian artists linked to the conceptual art of the era, 'Multipli' produced a significant body of multiples from 1970 to 1975.

Initially associated with Arte Povera, Boetti first came to prominence in Turin in the early 1960’s. In 1969 the artist distanced himself from the movement, employing a more idiosyncratic approach and a greater array of techniques and media; from printing, performance and sculpture, to embroidery, drawing, construction and mathematics. His work reveals a fascination with chance, order and notions of authorship.

The work has the form of a portfolio with 81 numbered sheets which provide an overview of the artistic production of Alighiero e Boetti from 1966 to 1975. It comprises various work forms such as original sketches and glued works, postcards and letters, but also copies of his large-format major works, to which the sheets manifest various relationships.

Size matters: the large and very small art of Alighiero Boetti
The Art Newspaper, review by Gareth Harris, May 11, 2017

“One of the most important days in my life“
Tate ETC, article by Hans Ulrich Obrist, Spring 2012

On the Road to a State of Grace
Tate ETC., essay by Brooks Adams, Summer 2008

Alighiero e Boetti The Difference between Invention and Exploration or from Geography to Experience with Two Maps
Parkett, article by Rainer Crone and David Moos, 1990

The Halted Gesture of Writing
Parkett, article by Friedemann Malsch, 1990

Logic and disruption in the work of Alighieri e Boetti
Parkett, article by Jean-Pierre Bordaz, 1990