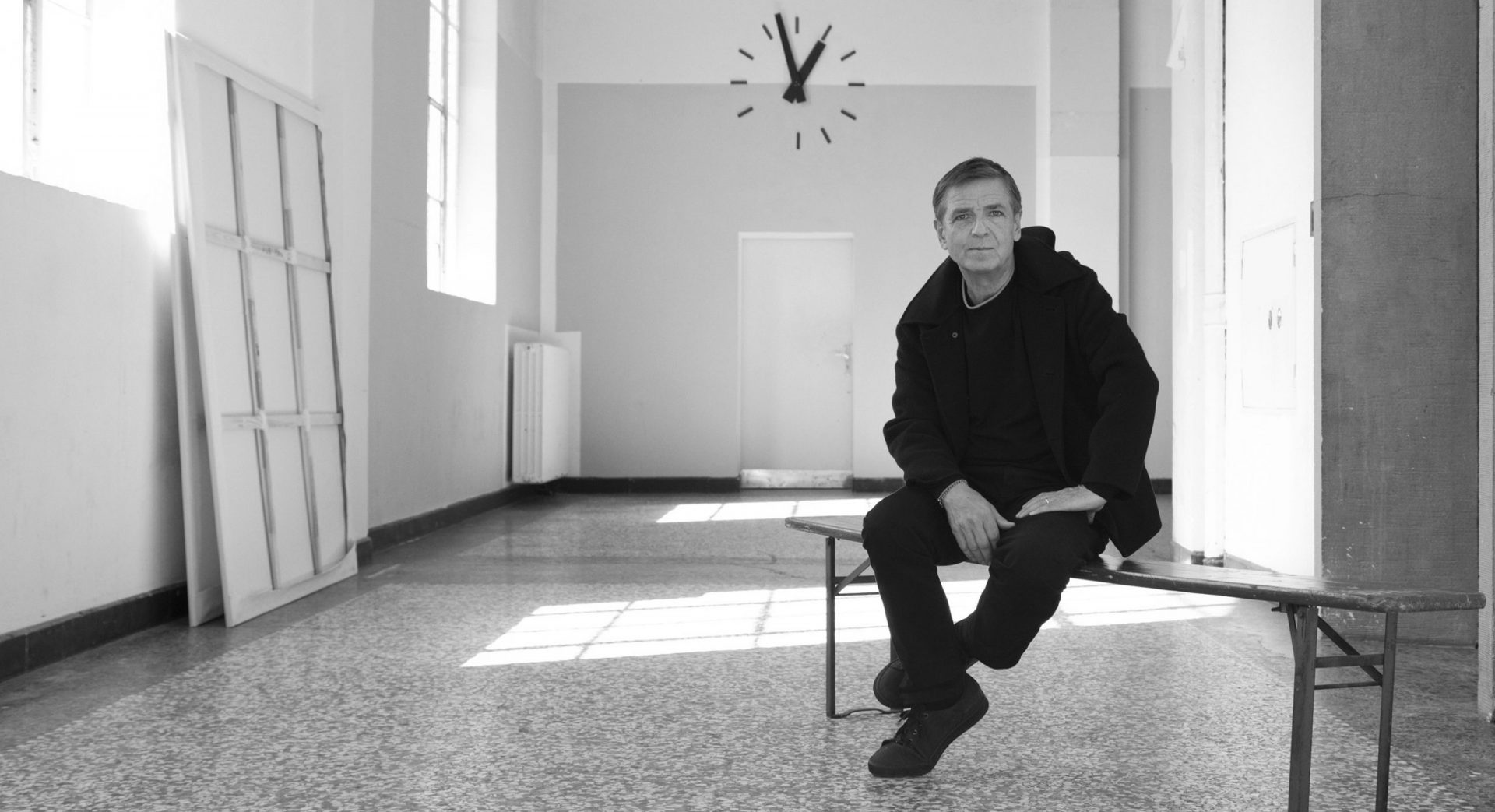 Andreas Gursky (*1955) is considered one of the most important photographers in the world, an artist who has expanded the boundaries of the photographic medium like few before him. His complex, large-format images—some of which have attained iconic status—show spectacular landscapes and elaborate interiors, combining technical virtuosity with a painterly eye. His work casts a relentless gaze on the age of globalization, rigorously dissecting the effects of modernity. The Dusseldorf-based artist has been associated with the gallery since 1993.

Gursky attended Kunstakademie Düsseldorf as a student of Bernd and Hilla Becher. The Becher’s expansion of the photographic medium to include ideas and approaches from conceptual art had a lasting influence on his work. Even early works show Gursky stringently pursuing a project that he himself once referred to as an “encyclopaedia of life.” While photographs such as Klausen Pass (1984), Düsseldorf, Airport, Sunday Walkers (1985) and Niagara Falls (1989) resemble landscape images at first, these are landscapes charged with the fantasies of tourism and leisure culture, infused with the longings of people eager to escape their dull routines.

This quasi-documentary perspective is also reflected on a formal level. The supersized photographs typical of Gursky, some of which have the dimensions of smaller cinema screens, merge a hyperreal view of the whole with an extraordinary abundance of detail. Their foreground and background have the same depth of field. It is physically impossible for the viewer to take in the entire image and its excess of meticulously-captured details all at once. They only ever see a part of the picture. The result is a dynamic that productively disrupts understanding of the image and ensures that these works elude total comprehension.

Gursky’s pronounced interest in abstract pictorial forms was already evident in his earliest photographic works. This tendency has become even stronger in recent years thanks to digital image-editing processes. Gursky employs digital techniques in a variety of ways: to remove or add pictorial elements, emphasize details, seamlessly assemble an image from smaller photographs or manipulate perspective. In general, these interventions seem to aim at overwhelming the viewer with detail, creating a particularly Gursky-esque version of the sublime. And yet the photographer also seems to pursue painterly impulses in pictures such as from the Ocean (2010) or Bangkok (2011) series. Although they remain true to the photographic medium, these works recall the visual vocabularies of Post-Impressionism or Abstract Expressionism. In this way, the photographer emphasizes an aspect that runs through his entire oeuvre: Each of his photographs also explores photography itself as a subject matter—its cultural codes, art-historical practices and various ways of creating meaning.

In September 2020, Andreas Gursky will present a major new body of work. Directing his attention towards international politics and environmental crises, including sustainable and ethical treatment of animals, Gursky continues to expand his “Encyclopedia of Life.”

From the moment he started making photographs to the present day, the landscape has captivated Andreas Gursky. This exhibition is the first to focus on a group of important early landscapes from the late 1980s to the early 1990s. Predating Gursky’s extensive use of digital technology, and characterised by what the artist has called an ‘extraterrestrial’ perspective, the pictures are titled simply and directly after the geographical location where they were taken.

This series of new works by Andreas Gursky represents an important new development in his practice in which the artist reassesses the way he works with photography.

Like many of Andreas Gursky’s works, the new, six-part series Ocean I-VI (2009-2010) goes back to a spontaneous visual experience. As the artist relates, while flying one night from Dubai to Melbourne he stared for some time at the flight monitor: the Horn of Africa to the far left, a tip of Australia to the far right – and there in between the blue void. Then all of a sudden he saw the graphic representation on the monitor as a picture.

This inaugural exhibition of recent works by Andreas Gursky is also the artist’s first UK show since the Serpentine Gallery exhibition in 1998 and is being held jointly with White Cube at Mason’s Yard.

Gursky’s sumptuous large scale photographs of mass events, stock exchanges (of which Kuwait Stock Exchange is the most recent), futuristic architecture and altered landscapes address 21st century concerns such as capitalism and globalisation, the place of the individual in the technological age and man’s impact on the natural environment.

Thank You For The Music addresses the recent history of music. The exhibition examines music and pop culture, their various market mechanisms, and the liberation from the traditional copyright restrictions as a ubiquitous source of artistic inspiration – one that has become a global phenomenon and a permanent aspect of everyday experience. Drawing on a selection of more then 30 contributions by contemporary international artists, filmmakers, and musicians, the project attempts to position music and culture within a larger social context.

The exhibition Thank You For The Music examines music and pop culture, their various market mechanisms and the liberation from traditional copyright restrictions as a ubiquitous source of artistic inspiration — one that has become a global phenomenon and a permanent aspect of everyday experience. Drawing on a selection of contributions by more than 30 international artists, filmmakers and musicians, the show attempts to position intersections between visual arts, music culture and music history within a larger social context.

Do Or DIY: Andreas Gursky’s First New Body Of Work In 3 Years
The Quientus, Online, article by John Quin, October 10, 2020

Andreas Gursky Is Taking Photos of Things That Do Not Exist
The New York Times, article by Farah Nayeri, January 29, 2018

Andreas Gursky: ‘The perfect image is not something that can be taught’
Financial Times, article by Liz Jobey, January 12, 2018