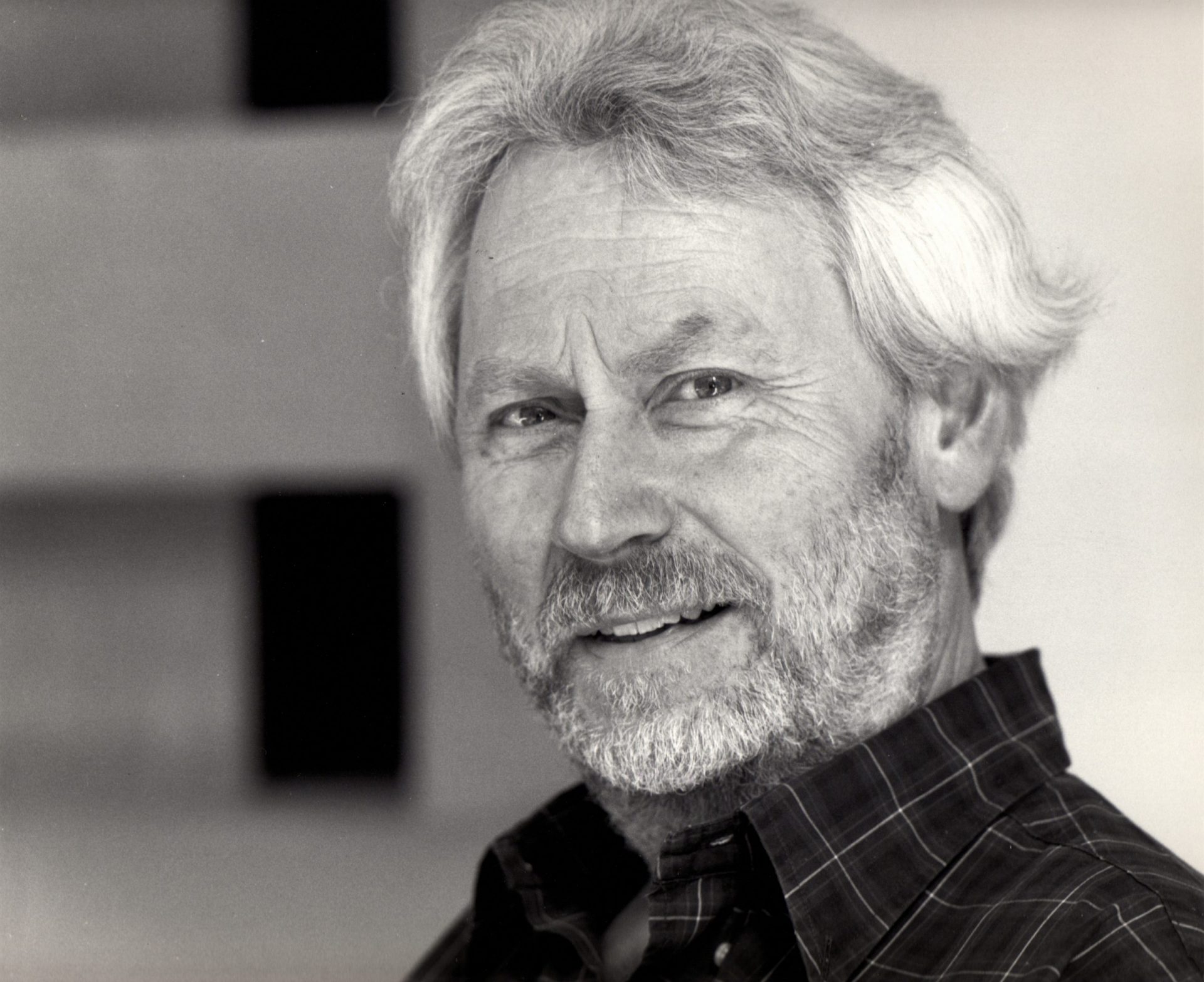 Donald Judd (1928–1994) is a landmark figure in twentieth-century American art who revolutionized our understanding of sculpture. Despite a lifelong antipathy to the term minimalism, he is considered a pioneer, theorist and key representative of the movement. His iconic objects were based on a few basic geometric forms. They were executed in a variety of materials and colors and evoke an astonishing range of atmospheres, spatial presences and aesthetic experiences. Judd lived in New York City and Marfa, Texas, where he founded the Chinati Foundation to preserve both his own work and that of other artists.

The actual medium of Judd’s oeuvre is not sculpture, but space. His particular feel for the sensuousness of three-dimensional form is apparent even in his early paintings, which started as figurative interiors and urban scenes and developed from there into mostly monochrome, abstract paintings with a distinctly spatialized surface—achieved with the visible inclusion of sand and wood chips, for example, or with minimal sculptural inventions using such commonplace materials as wire mesh.

Mirroring his critical and theoretical engagement with contemporary art in the early 1960s (which resulted in his legendary 1964 essay “Specific Objects,” for example) the artist began to create three-dimensional objects that he considered neither painting nor sculpture. He had these objects fabricated to his precise specifications, employing such industrial materials as Plexiglas, plywood, aluminum, copper, brass, or steel plates. The works pursued a reduced geometric vocabulary that was repeated in variations of so-called “boxes,” “stacks,” “progressions,” “bullnoses” or “channel pieces.” Without a pedestal, they were placed directly on the floor or attached to the wall and their immaculate surfaces emphatically highlight the absence of a traditional “artistic” hand. Mostly monochrome or two-tone, their shades of grey, silver, bronze, gold and brown derive from the materials used. Other, sometimes contrasting hues, emerged through the use of high gloss motorcycle paint, Plexiglas tinting and aluminum anodization. Each of these objects had a unique presence and conjured specific spatial and atmospheric experiences.

Judd’s objects amounted to a radical break with the art historical sculptural tradition—a tradition that, despite its efforts at abstraction, still clung to the anthropomorphic ideal. They are the product of his conviction that every kind of “subject matter” or “content” springs from ideological generalizations. In their rigorous pursuit of non-descriptive parameters and refusal of any hierarchization into principal and secondary forms, they fathom the limits of the sculptural. Although the artist did not consider them “sculptures,” they initiated a monumental shift in the contemporary practice of sculpture.

Judd’s relocation to Marfa, Texas in the 1970s signaled a sustained expansion of his artistic practice. Though the fabrication of his iconic objects continued, his focus shifted to site-specific installations in public space—works for which he refined his formal language and also made use of materials including concrete. The 1980s saw an increased emphasis on architecture, and his practice broadened again to include the design of iconic furniture. The artist’s sculptural objects see a veritable explosion of color during this period, with surfaces that combine several bright hues.

Donald Judd’s work is far from his only contribution to contemporary art. His Marfa-based Chinati Foundation (1987) forged the path for an artist-led exhibition practice as a critical alternative to the museum institution. The extraordinary influence of this model continues to this day.

Your message has been sent.
Current and Upcoming
John Baldessari, Two Unfinished Letters, 1992–1993

The Printer’s Proof: Artist and Printer Collaborations focuses on the collaborative process of printmaking and celebrates several printers who are or have been based in New Mexico as well as the artists they have worked with. The six printers featured are: Marina Ancona, Robert Arber, Steve Britko, Michael Costello, Bill Lagattuta, and Jennifer Lynch. Artist featured in the exhibition will include Donald Judd, Harmony Hammond, Jim Dine, Hung Liu, and many more. The Printer’s Proof will examine a variety of printing techniques and will explore how the final print is often shaped by the nature of the collaborative process between artist and printer.

Crossroads: Kauffman, Judd and Morris is Sprüth Magers’ second curated exhibition presenting Craig Kauffman’s work displayed alongside his influences and contemporaries. The show presents six works from Kauffman’s fertile period of 1966–71, when he addressed the issues of structure and form in painting, the use of industrial materials, painting’s relationship to the wall, and dematerialization. His work is contextualized by the inclusion of work by Donald Judd and Robert Morris, as well as supplemental materials from the Kauffman archives.

All 35 of the drawings on display have some connection to Judd's objects. In the earliest ones he is still working out (or rejecting) sculptural ideas he would make himself. Later drawings are Judd's part of the fabrication process, a script or score-like relationship to the work's subsequent 'performance' by others – simultaneously the original of the work and not comparable to the real thing at all. For context (and comparison), the exhibition includes 48 previously unavailable fabricator's shop drawings and related correspondence.

Sprüth Magers London is pleased to announce the exhibition of 33 drawings by Donald Judd (1928-94), covering nearly the entire period he made three-dimensional work – after 1964 using an increasingly radical type of delegated fabrication. The show is curated by Peter Ballantine, who since 1969 has specialised in almost all aspects of the artist's work.

On the Importance of Donald Judd
Artsy Online, January 17, 2015

Donald Judd (1928–1994) lived and worked in New York and Marfa, TX, until his death in New York. His works were exhibited throughout the world in major solo exhibitions at institutions such as Tate Modern (2004), Walker Art Center, Minneapolis (2001), the Saint Louis Art Museum (1991), Stedelijk Van Abbemuseum, Eindhoven (1987), the National Gallery of Canada, Ottawa (1975), and at the Whitney Museum of American Art, New York (1988, 1968). A major forthcoming retrospective will be held at the Museum of Modern Art, New York, in 2020.