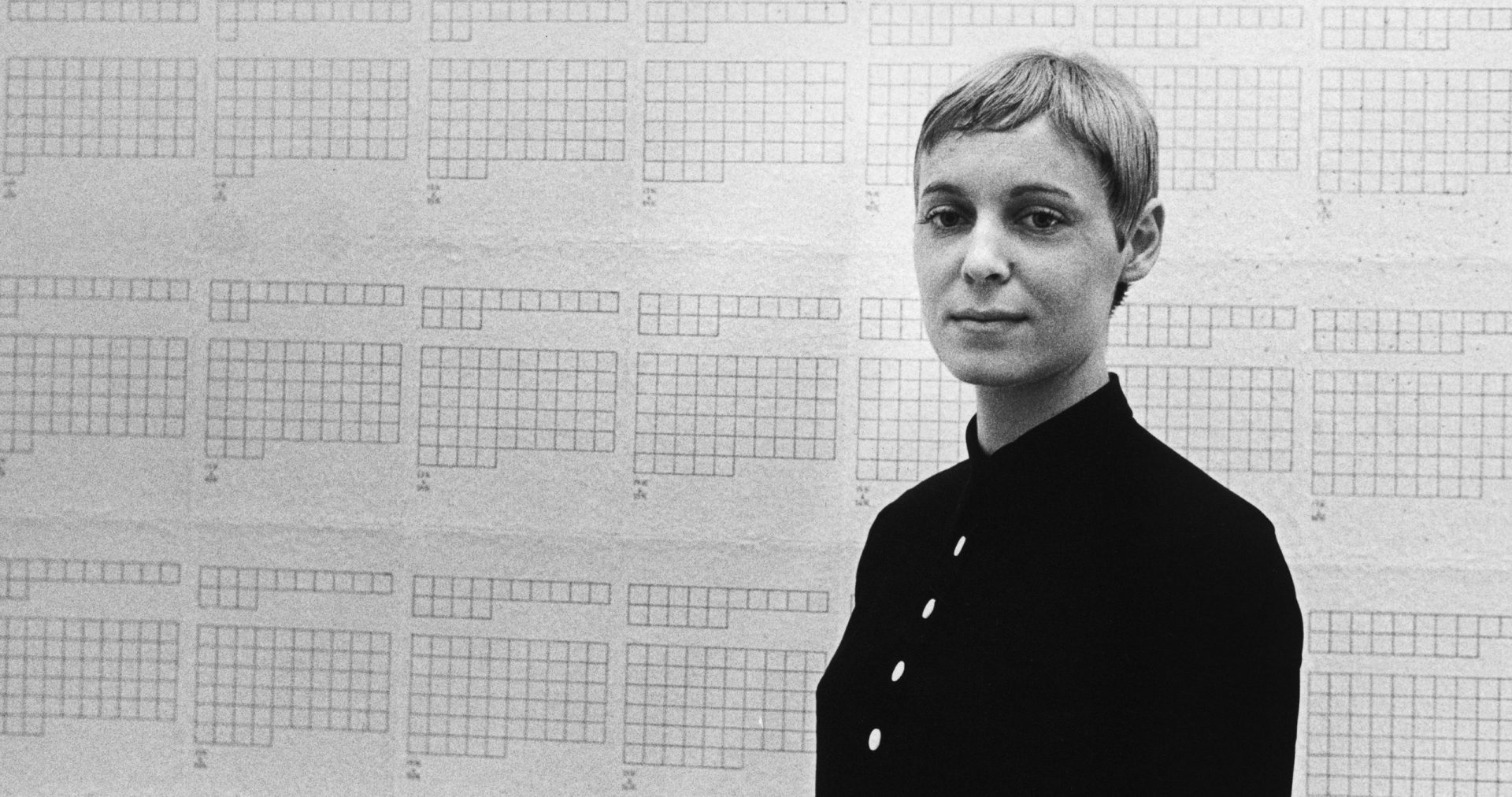 Hanne Darboven (1941–2009) is considered one of the most important and enigmatic figures in postwar German art. Though based in Hamburg, it was during a two-year stay in New York in the late 1960s that the conceptual artist discovered what would become her life-long project: the spatializing and visualization of time in its various forms—as lifetime, time working and writing, and historical time. Monika Sprüth and Philomene Magers have the exclusive privilege of working with the Hanne Darboven Foundation, the foundation entrusted with the artist’s estate.

Darboven’s interest in representing the mechanisms of time emerged early in her career, manifesting in the form of diagram compositions, columns of numbers and constructivist drawings. Her time in New York exposed her to the work of artists including Sol LeWitt, Lawrence Weiner and Carl Andre. Darboven thus became part of the scene that laid the theoretical and aesthetic groundwork for conceptual and minimal art—eschewing notions of artistic subjectivity, advancing the principle of serialism, and insisting on the viewer’s perception as a substantial, participatory force in the creation of the artwork itself.

Darboven embodied LeWitt’s idea of the artist operating “merely as a clerk cataloging the results of the premise” more consistently than any other conceptual artist of the day. She developed a handwritten notation system that recalled digital datasets, evoking the aesthetics of the early computer age. Within that notation system Darboven explored the reality of the calendar as a supposedly objective instrument for measuring time. She came up with a specific way of doing cross-sum calculations that she used to convert the numbers of a given calendar date into individual digits. Afterwards, she converted those digits into increasingly elaborate visual form of writing that employed vectors, boxes or wavy lines. It was through this act of writing that she chronicled her own lifetime, which she devoted almost entirely to her work. This time-writing resulted in works such as Weltansichten 00–99 (1975–80), which consist of hundreds, sometimes thousands of identically framed compositions on paper, hanging in enormous grids that blanket the walls of entire exhibition venues.

Darboven’s later, even more monumental works including Kulturgeschichte 1880–1983 (1980–83) shifted focus to the temporal present as a phenomenon that always already contains both the past and future. She devoted weeks to producing handwritten copies of texts such as Homer’s Odyssey and Sartre’s The Words, and invented an elaborate system to convert many of her date drawings into scores for hypnotic pieces of music. Expansive installations feature a combination of calendar works, photos, postcards, school materials, musical instruments, store mannequins, and other found objects or images. Darboven was convinced of the principles of classical Enlightenment and gestured to ideas of a universal education. She offered connections between historical events, epistemological detritus, and private moments, often distinguishing herself as a keen observer of contemporary politics.

In attempting to decipher Hanne Darboven’s works, viewers become cognizant of more than just the limited nature of their own lifetimes. They also become conscious of the fact that there is no such thing as “objective time” and that time, in human perception, can only ever be an amalgamation of feelings, memories and thoughts. For Darboven it is no linear process, but an impenetrable, highly subjective plexus of parallel phenomena.

Every artistic work opens up a whole cosmos either through the working method used, the material, the medium, the formal idiom or the approach taken. Artists pursue individual strategies, appropriate themes or else work extremely hard on them. This gives rise to fantastic, personal, sometimes also oppressive worlds, so rich and productive that they release an enormous amount of artistic energy. The collection exhibition links these individual worlds into a whole, impels or intensifies specific themes or else orders them according to its particular rules.

With the title “20/20 Vision: The Collection Remixed", the Kunsthalle Bremen presents a radical new look at its collection for the first time in nearly ten years. Using bold colors on the walls, an elaborate staging and an entirely new arrangement of the works on display, the exhibition allows surprising new aesthetic experiences. Descriptions of all works on display provide in-depth information, some of which are findings from the very latest research. Several works have not been seen in public in decades. The installation will also present for the first time a number of recent acquisitions, donations, and permanent loans. Works of art created after 1945 will also be given a greater presence.

Hanne Darboven’s first film work, Six Books on 1968, was presented for the first time in 1969 on the occasion of her solo exhibition at the Städtisches Museum, Mönchengladbach, Germany. The work comprises six 16mm films based on the six books in which Darboven recorded her date calculations of the year 1968 for her major work Six Books on 1968. Sprüth Magers is pleased to show the original version of this iconic piece at the Los Angeles gallery with a room-sized installation of six 16mm projectors, creating a cinematic and time-based orchestration of the year 1968.

Sprüth Magers is pleased to announce the representation of Nancy Holt, in cooperation with Holt/Smithson Foundation. Celebrating this collaboration, the gallery presents an online exhibition between Nancy Holt and Hanne Darboven. A previously unseen work with a heartfelt inscription—sent to Holt from Darboven in 1973—links the two groundbreaking artists together and lays the foundation of this focused presentation, spanning large-scale installations, photographic series and works on paper. The works demonstrate Holt and Darboven’s shared interest in revealing the particular qualities of time experienced, time measured and time passing.

While Hanne Darboven and Ruth Wolf-Rehfeldt lived on different sides of the wall in a divided Germany and were quite unaware of the other’s practice, their juxtaposition in this show makes for a surprising dialogue – not only within their respective works, but also in their exchanges within an international network of artists. The exhibition brings together works and material from the 1970’s and early 80’s.

Hanne Darboven is recognised for her ambitious and idiosyncratic body of work that operates at the limits of representation. Sprüth Magers presents the first solo show of her work on the West Coast since 2010 – exhibiting three of her monumental installations that knit together mathematical procedure, historical and cultural artefact, and autobiographical documentation in an attempt to record subjective and objective perceptions of time via a conceptually coherent visual system.

Hanne Darboven: Is Art at Its Best When You Can’t Take It In?
Artnet news, review by Blake Gopnik, March 2017

The Perils of Order, Taken to the Extreme
New York Times, review by Jason Farago, December 8, 2016