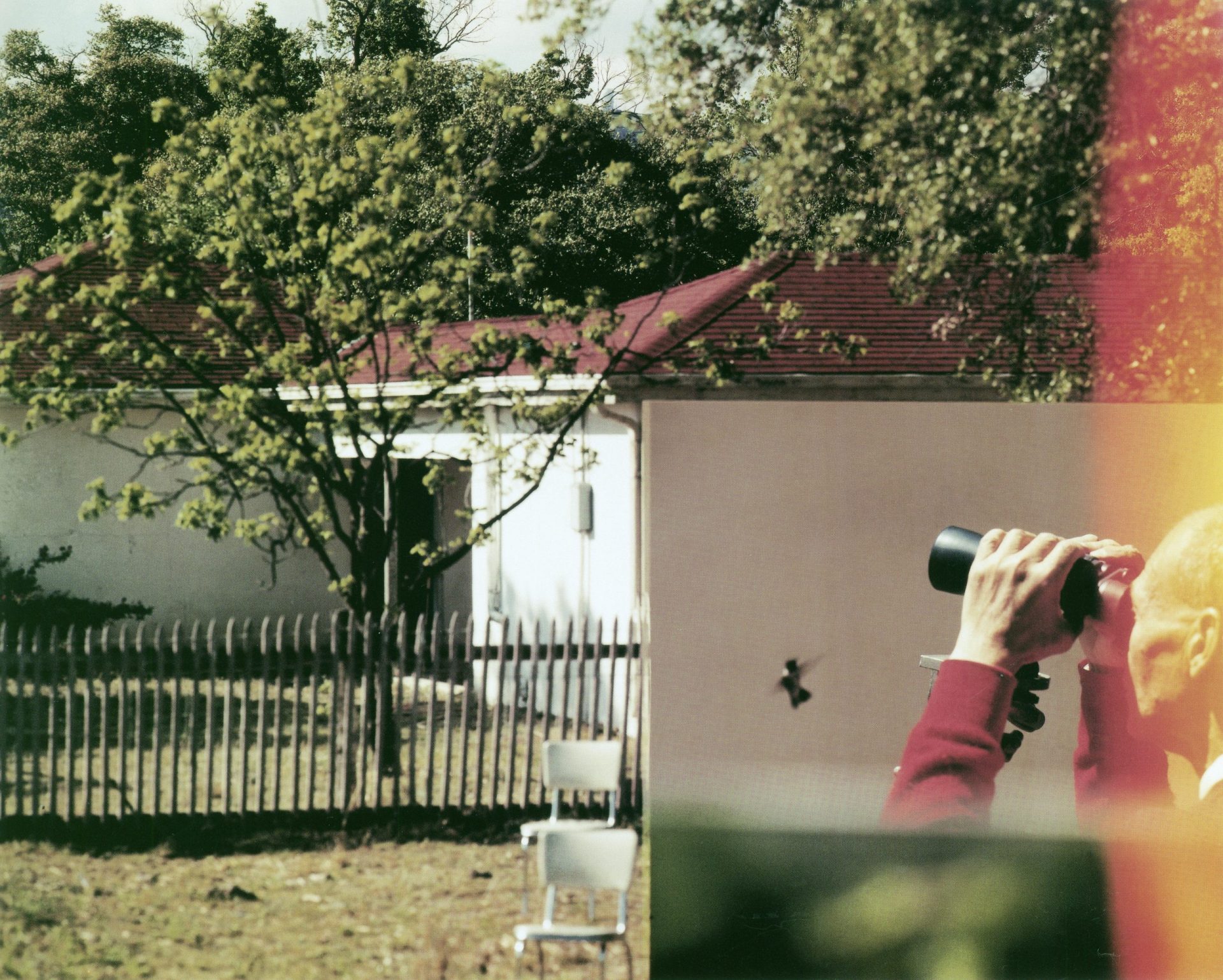 Jean-Luc Mylayne (*1946) is acclaimed for a conceptual photographic practice that captures birds in their natural habitats and evokes philosophical questions about the perception of time. The French-born artist lives and works “in the world,” as he has repeatedly stressed. He and his wife and artistic collaborator Mylène (*1960)—also the inspiration for Mylayne’s adopted surname—lead a nomadic life centered on ornithological observation and encounters. The often months-long process needed to create the photographs makes them documents of a radical deceleration and a meditation on nature, life and transience.

In 1978, Mylayne decided to devote his life to ornithological and photographic exploration. The decision came with a resolve to live a lifestyle guided by the rhythms of nature. His works are the result of a lengthy, contemplative study of often inconspicuous migratory and songbirds—Eurasian wrens, goldfinches or mountain bluebirds, for example—and their habitats in France, Texas and New Mexico. Equipped with a Hasselblad medium format and a Sinar view camera, he and his partner spend weeks and months exposing themselves to the natural environment of the animals and establishing a relationship that does not involve feeding or taming them. This process can sometimes take up to a year. The artists take great care in preparing for the moment décisif—the point at which the birds have become accustomed to the presence of human being, camera, tripod, flash and photographic equipment and, like actors, finally take their place in an envisaged motif. This scrupulous approach is also reflected in the titles of the photographs, which are numbered chronologically. Rather than naming the place where the image was taken or the species of bird shown, they only provide information about the year and time span of their creation.

The images are a stark departure from the conventions of documentary nature photography, and not just on account of their unusually long gestation period. The visual space of the works is emphatically non-hierarchical. The birds are rarely at the center of a composition; a viewer’s eye might first have to wander over the image to make them out. Virtuosic modulations of light and shadow reveal the flora of their habitat, seasons and times of day, the position of the sun and plays of clouds in the sky. The depicted landscapes sometimes show such ordinary traces of civilization as fences, power lines, farm equipment, various buildings, a boat or even a pair of red cowboy boots.

Mylayne deploys all the tools analogue imaging technology has to offer. Many of his complex tableaux use custom-made, hand-ground lenses in various combinations for a multifocal dynamic of sharpness and blurriness—a unique, specifically sculptural shaping of light with sometimes painterly effects. None of the images are digitally manipulated. The specific scale of the often large-format prints depends on the physical dimensions of the birds shown: The animals generally do not appear larger in the work than they do in the setting where they were photographed.

The subtle richness of detail, multilayered composition and almost mystically captured temporality of Mylaynes’s works defy traditional readings of the photographic. He consistently transforms the idyllic nature of conventional landscape depictions and reveals the beauty and sauvage element in nature beyond clichéd pictorial strategies. His idiosyncratic works challenge viewers to see in an associative way, offering a wide range of perceptive possibilities and endless new details to discover. The birds they capture become both symbol and symptom of a gaze that quietly puts man’s anthropocentric view of the world in its place.

Jean-Luc Mylayne has remained unremittingly interested in philosophical issues which examine the concept of existence and the experience of time. Proceeding from his activities as a philosopher and poet, he pursues investigations in his artistic work, through the medium of photography, in which he focuses on the motif of birds living in the wild as a metaphor for his philosophical research. In a time-consuming procedure, for the last more than thirty-five years, on journeys through the entire European continent as well as in America, the artist has observed songbirds such as sparrows, thrushes, and wrens.

In 1976, Jean-Luc Mylayne made the decision to sell his house, car and possessions in the pursuit of his craft, accompanied only by his wife and collaborator, Mylène. From the environs of Mylayne’s native Amiens, he was drawn to the skies and parched earth of Santa Fe, New Mexico and, more recently, to Fort Davis in Texas, the ‘stages’ for the works shown in this latest exhibition. A self-taught photographer and keen scholar of philosophy, Mylayne’s artistic endeavour would initially appear to hinge upon surreptitiously capturing images of birds. Upon closer inspection, however, Mylayne is engaging in an exploration of temporality and the relationship of humankind to both nature and the environments in which we live and how we perceive them.