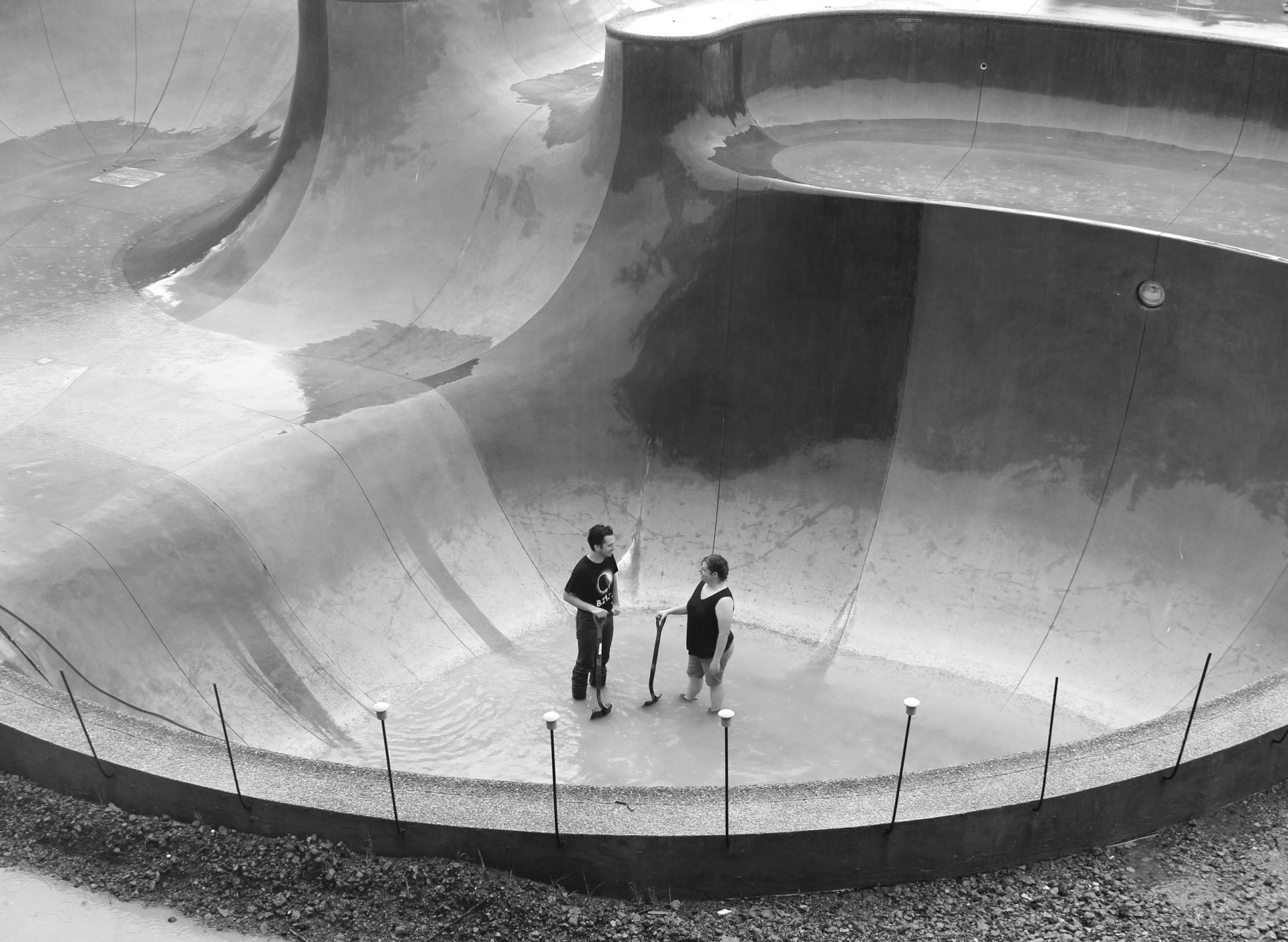 Lizzie Fitch and Ryan Trecartin (both *1981) are acclaimed for a collaborative practice that fuses non-linear films with immersive installations. Rhizome-like narratives and an imploding dramaturgical logic characterize their film and video work. Protagonists embody fluid gender roles and forms of fragmented subjectivity in a buoyant clash of reality TV- and social-media identity tropes. The American duo is currently based in Athens, Ohio. They conceive of their installations as “sculptural theaters” in which viewers themselves become actors.

Fitch and Trecartin met in the early 2000s while studying at the Rhode Island School for Design. Even the early Valentine’s Day Girl (2001) and Wayne’s World (2003)—two of the first videos in which Fitch and Trecartin collaborated—are marked by a probing of pre-packaged psychologies. Other, later works including I-BE AREA (2007), Sibling Topics (section a) (2009) or CENTER JENNY (2013) find the artists radicalizing their artistic practice and expanding it to include large-scale installations that serve as “sculptural theaters” for watching their films. These offbeat environments can resemble labyrinths, living- and bedroom suites or obstacle courses.

Both the videos and the installations are group efforts, developed in collaboration with artists, friends and roommates roughly the same age as Fitch and Trecartin. The subculture of their generation (so-called “millennial culture”) is the works’ starting point, reference and setting in one. While older works mostly explore themes having to do with gender and community, the more recent Temple Time (2016) or Property Bath (2019) also focus on the aging of this generation, its interest in ecology and new, rural ways of life.

Although Fitch and Trecartin are not performance artists per se, the idea of “performance” is essential to their work. The artists don disguises, wigs, make-up and prostheses to assume hyperactive roles in their videos. They and other actors soliloquize incessantly, often at the same time. Identities, gender roles and personality traits are playfully presented as readymades—there to be extracted, combined and deconstructed. Protagonists are acutely aware of the camera’s presence, perform for it, address it directly and appear to need it at some fundamental level, as if to reassure themselves of their existence. Dialogues fade in as glaring graphic elements, the tempo and tone of voices are manipulated, animations and split screens come into view, images tilt, rotate, float in cyberspace and disappear in 3-D or spatialized image-in-image effects.

The duo’s filmic and sculptural practice is both unique and replete with art-historical references. It continues the legacy of the Pictures Generation and artists like Cindy Sherman, ties in with the installations and videos of Mike Kelley and Paul McCarthy and updates ideas from experimental filmmakers including John Waters, Jack Smith and Kenneth Anger.

Fitch and Trecartin’s parallel artistic universe takes the rules of self-representation in reality TV and social media to their utmost extreme and can be understood as a distorted reflection of our time. In a disquieting kind of contagion, it ensures that viewers are ultimately affected by its energy. How they perceive the works depends on their spatial position in the installations, their own biographical experiences and psychological characteristics, whether they are claustrophobia or catharsis prone. They are emphatically dragged into the spotlight and become the protagonists of their own aesthetic experience.

Ryan Trecartin is widely known for his influential videos, sculptures, and installations. His highly inventive and prescient work has been crucial to understanding the mutability of language and the totalizing effects of technology and social media on subject formation in the twenty-first century. The exhibition Re’Search Wait’S comes from the ambitious multi-movie project, Any Ever. Trecartin uses poetic, formal, and structural elaborations of new forms of technology, language narrative, identity, and humanity, to portray an extra-dimensional world that channels the existential dramas of our own. Any Ever’s core material is the perpetual flux of relationships among characters patterned to form constellations of meaning across the videos.

Networks of Influence: Process and collaboration in the recent work of Ryan Trecartin
Flash Art, article by Jarret Gregory, March/April 2014

When a Rainbow is an Option
Ryan Trecartin published by Skira Rizzoli Publications, by Linda Norden, 2011