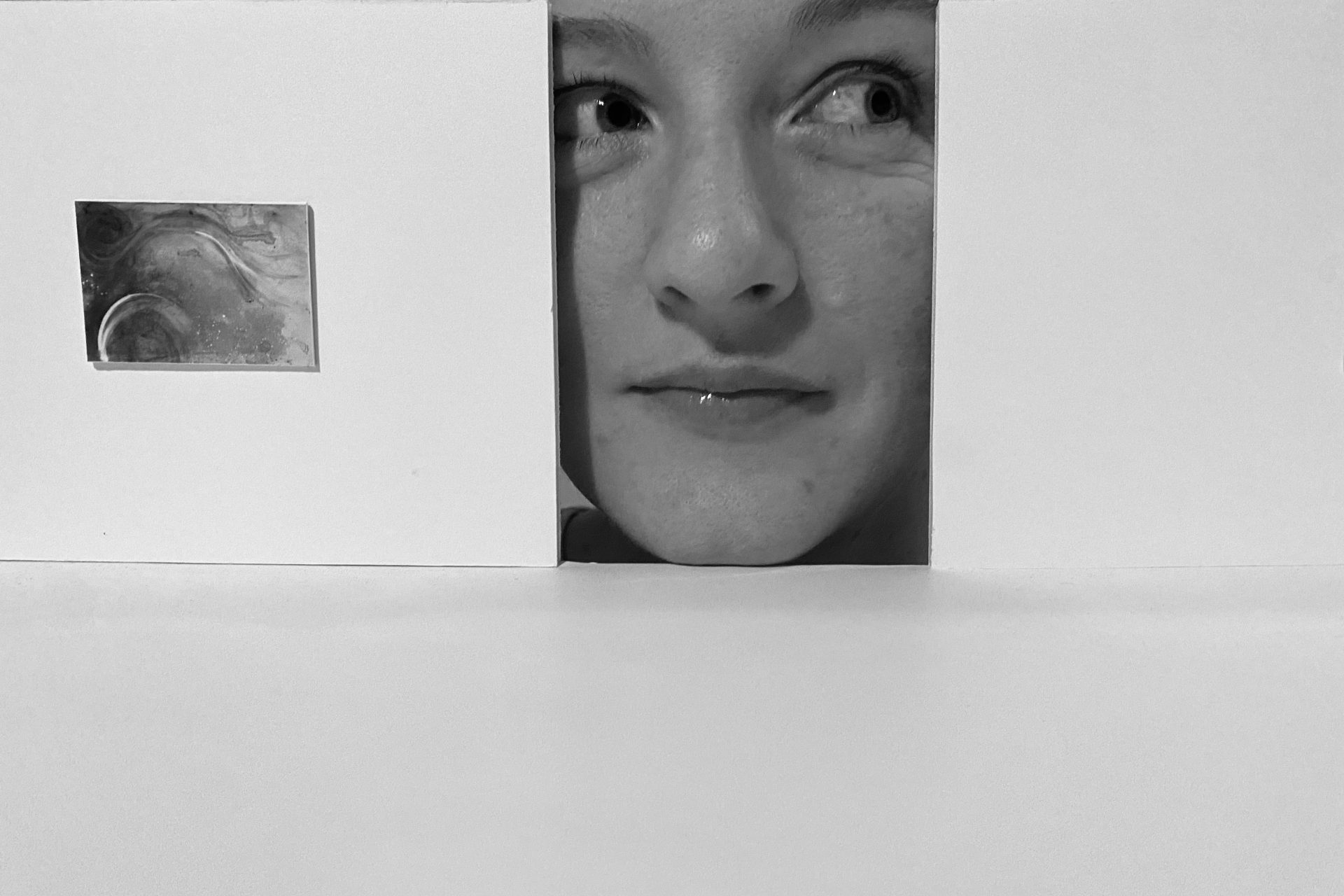 Lucy Dodd (*1981) has created a painterly universe that can be understood as a radical reinterpretation of lyrical abstraction and action painting. Her works—biomorphic topographies of random and intentional marks—resemble painted evocations of cosmological and spiritual landscapes. They are characterized by an emphatically process-oriented approach to painting and the use of unusual color pigments, which often derive from nature and Dodd’s personal environment. Exhibitions by the artist, who lives in Woodstock, New York, often incorporate elements of ritual and theater.

For Dodd, the material in her paintings is of vital importance. Fermented walnut shells produce an entire range of brown tones; extracts from the fruit of yew trees bring shades of pink to the canvases. Green is created from pigments that the artist extracts from nettles and the leaves of other plants. Traces of black lichens can be found in her paintings. She uses mate tea extracts, kombucha, dog urine and sumac pigments, paints with minerals such as hematite or with soil samples she collects in various places around the world. She rubs the materials in powder form onto large-format canvases on her studio floor, sprays and smears them as liquid paint or places them on the canvas in their natural state until specific color reactions ensue.

Dodd’s works convey a profound freedom, confidently balancing painterly control and the relinquishing of that control. Circular contours left by kombucha cultures merge with arborescent color structures created in the chemical interplay of certain coloring agents with the canvas. These elements are embedded in moving, organic whirls of color attained through the application, smudging, subtraction and re-addition of pigment extracts. The result are biomorphic color fantasies and atmospheric compositions made of mineral patterns, spots, smears and traces recalling fossils, corals, sky constellations or rock formations. Dodd’s works advance the pictorial repertoire of abstraction in unexpected ways. Possessed of an ethereal, fearless beauty, they are the product of an aesthetic vision that expands the legacy of high modernism to include archaic and cultic aspects.

Dodd’s exhibitions also usually include sculptural objects such as self-made armchairs and other seating. These elements play a key role in the performative dimension of the artist’s practice. Viewers are often encouraged to sit down on furniture she has designed and consume beverages she has prepared, the ingredients of which are sometimes also found in her paintings. Many of her works emit an intense smell. Her exhibitions are multisensory and often include music, and their potency is heightened by theatrical-performative interventions that go far beyond the traditional bounds of painting. Dodd explores the exhibition space as a ritualized place where her works not only take on the status of totemistic objects, they also assume a role as protagonists in a quasi-cultic drama. They are objects that address both the idea of abstraction as a spiritual language and that of the painterly as personal, symbolic theater—objects that emanate a new belief in the transformative power of painting.

Lucy Dodd
Flight of the Windhorse, 2018

Sprüth Magers is thrilled to announce Heart Overture, an exhibition of new paintings by Lucy Dodd, the artist's first presentation at the Los Angeles gallery. This body of work marks a culmination of a seven-year cycle of paintings, as well as announces a new collaborative method of picture-making that has pushed her canvases into new aesthetic territories. Produced with myriad natural materials, Dodd's new paintings teem with life and movement, relaying moments of spontaneous fun, chaotic action and alchemical energy.

Dodd’s previous exhibitions have often originated with interpretations of the visual forms and qualities of iconic works from art history, such as Picasso’s Guernica (for a show at the Rubell Foundation, 2014) and Botticelli’s Birth of Venus (at The Whitney Museum, 2016). In the current exhibition, however, the symbols are primarily of a planetary and cosmological nature.

In a practice driven by the possibilities of abstraction as a spiritual language, Lucy Dodd will present four paintings, works on paper, and a chair sculpture in a ritualised space in which both her work and their viewers will become protagonists in a highly complex theatre of signifiers.

“Spirituality doesn’t want to be talked about. It runs away.”
Kaleidoscope, article by Ruba Katrib, Fall/Winter 2018/2019

Lucy in the Sky
Blau, article by David Schreiber, May 2017