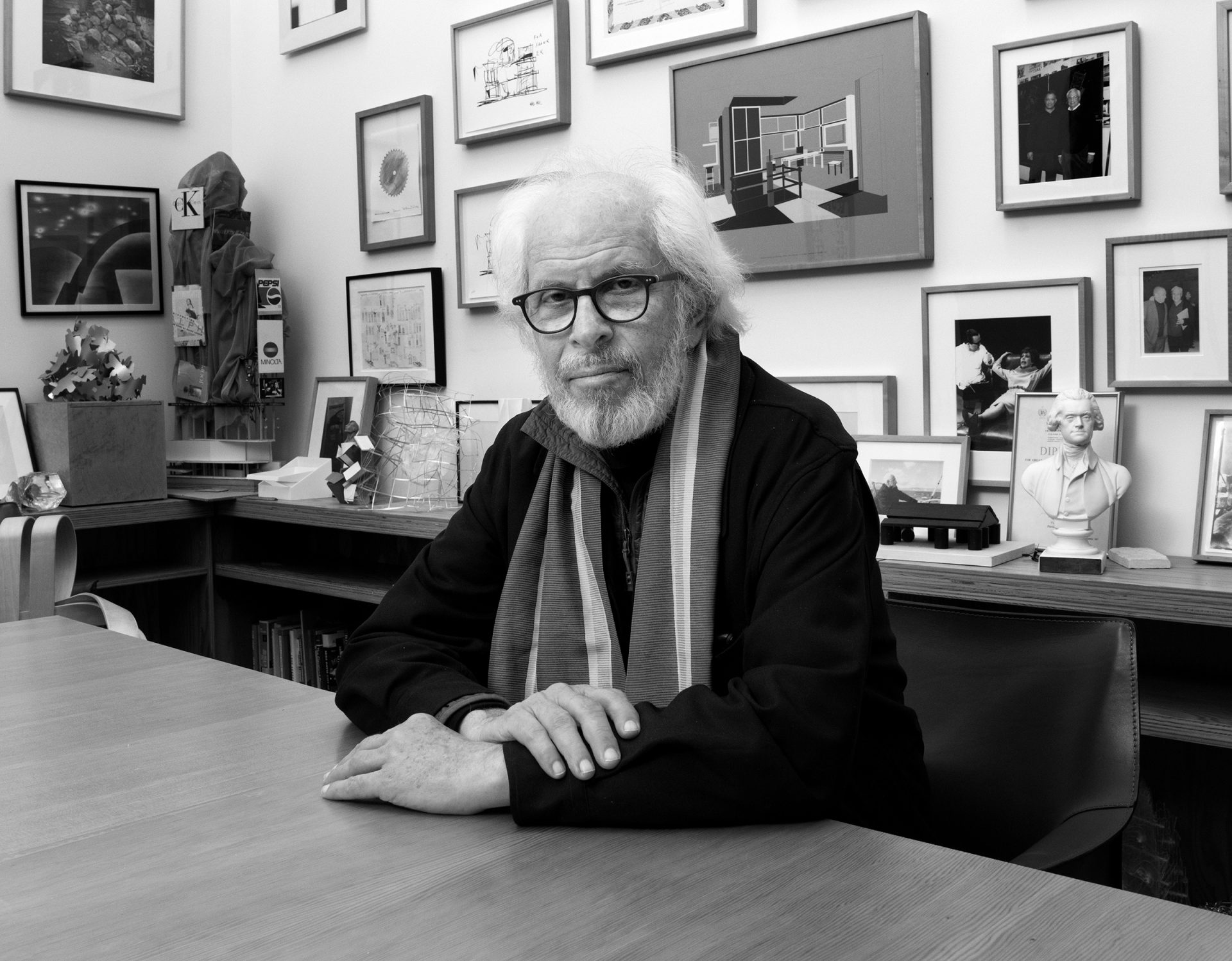 One of the most important and influential photographers of the last half-century, Stephen Shore (*1947) has produced an expansive body of work that has to a significant degree shaped our vision of the American landscape and experience from the 1960s to the present day.

Shore famously began his artistic career when at the age of fourteen he sold three of his prints, abetted by Edward Steichen, to the Museum of Modern Art, New York. At the age of seventeen, he met Andy Warhol and began to move amid the circles of The Factory, from 1965 to 1967. There he used a hand-held camera to photograph, in black-and-white, spontaneous and intimate situations during the productions and performances of artists such as Edie Sedgwick and The Velvet Underground. Exposure to Warhol’s working methods, decision-making process, and his use of serial imagery opened his eyes to a broader aesthetic thinking.

In 1971, Shore became the first living photographer to present his works in a solo exhibition at the Metropolitan Museum of Art, New York. On the basis of his involvement with conceptual art, he began in 1972 to use photography as a tool for the systematic investigation of sites, and he undertook several journeys around North America. The traveling aspect of the road trip played an essential role for Shore and in the series American Surfaces (1972–73) and Uncommon Places (1973–82), he documented places, people and architecture which he encountered during his journeys. Through his use of color photography, he became, together with William Eggleston, one of the first artists to detach this procedure from applied photography and to introduce it into the visual arts. Shore subsequently shot his color pictures with a 35mm Rolleiflex and concentrated on subjects such as rest stops, motels, and gas stations, typical street scenes, un-heroic portraits, as well as simple details of modern life. By precisely controlling the coloration in his pictures, he combined the style of documentary photography with a personal, subjective viewpoint. By means of color, he also made reference to media images from advertising and television, thereby combining the aesthetic of popular culture with objective photography. The later series Uncommon Places taken with a large format camera allowed Shore to move away from the snapshot and to make more deliberate, formal and complex images—a different kind of seeing.

In 1973, Shore met Hilla Becher in New York, and they developed an artistic friendship that, despite the contrast in their perspectives, was influential for both of them. Shore’s use of color film and large-format camera had a formative influence on a subsequent generation of artists such as Andreas Gursky, Thomas Struth, and Candida Höfer, all of whom became familiar with his work in the photography class of Bernd and Hilla Becher at the Kunstakademie Düsseldorf.

In the 1980s, Shore turned his attention to landscapes that he found in untouched environments in Texas, Montana and Scotland. Here he focused increasingly on the effects of light and color that bring out the details and textures of the landscape. Shore’s key position as a pioneer of photography endures to this day. He has served as the Director of the Photography Program at Bard College since 1982 and continues to make significant contributions to contemporary photography, including recent projects in Ukraine and Israel, and not least his restless experimentation with new technologies and formats, from the digital (his recent series Details) to Instagram.

The photographic group exhibition Rust looks at the decline of the American Rust Belt through the work of Bernd and Hilla Becher, Stephen Shore and LaToya Ruby Frazier. The nuanced takes of the three artists offer complementary views on the industrial Northeast and Midwest since the late 1970s to the present day against a backdrop of wider societal changes.

One of the most important and influential photographers of the last half-century, Stephen Shore has produced an expansive body of work that has to a significant degree shaped our vision of the American experience from the 1960s to today. Monika Sprüth and Philomene Magers are pleased to announce the first solo presentation of Shore’s work in Los Angeles since 2005, when his major traveling exhibition The Biographical Landscape opened at the Hammer Museum. On view at Sprüth Magers, Los Angeles will be three of the artist’s photographic series spanning the years 1969 to the present, each of which reveal his ability to project an approachable, casual aesthetic that is infused nonetheless with subtlety, complexity, and a quiet, affecting power.

Taking its title from composer and philosopher John Cage’s Lecture on Something and Lecture on Nothing, a reference to the artist’s search for beauty in the everyday, the exhibition will celebrate a career that spans over four decades, bringing together 65 photographs, including vintage works from the artist’s seminal series American Surfaces (1972-3) and Uncommon Places (1973-79), displayed for the first time alongside works from the recent series Abu Dhabi (2009), Israel (2010) and the never before exhibited series Ukraine (2012).

Previously unpublished photographs from Uncommon Places will be assembled together in the exhibition, allowing the viewer to explore the artist’s movements and enter the specific place he has defined. In addition to his visual account of his time on the road, Shore also kept a journal with him during his first journeys for Uncommon Places, producing a daily written record of his car mileage, meals eaten, programs watched on television, motel bills and picture postcards of towns, surreptitiously marking his drive-by visits. Examples of Shore’s meticulous record of daily activities can be seen in his book, entitled Road Trip Journal, pages of which are featured in the exhibition.

This exhibition focuses on the period 1965–67 which Shore spent at Warhol's Factory, a time which was to have a great influence on his own work. As a child prodigy, Shore had developed an interest in photography from the age of six and by the age of fourteen had already famously sold three of his prints to Edward Steichen at the Museum of Modern Art. In 1965, Shore was invited to take photographs at the restaurant L’Avventura where Warhol was shooting what was to become the film Restaurant. From that time on, Shore spent almost every day at the Factory observing and photographing the many goings-on of a now famous cast of characters: Warhol himself, Edie Sedgwick, Lou Reed, Billy Name, International Velvet and Paul Morrissey, amongst others.

Central to Shore's oeuvre is the series American Surfaces, first conceived, like the epic series Uncommon Places, as material for an artist-book. Begun on a cross-country drive in 1973 and extended through road trips back and forth across America into the 1990's, American Surfaces locates Shore's idiosyncratic style between the plain documentation of Walker Evans and the pop dead-pan of Andy Warhol.

A conversation with Stephen Shore
Financial Times, interview by Alec Soth, May 10, 2019