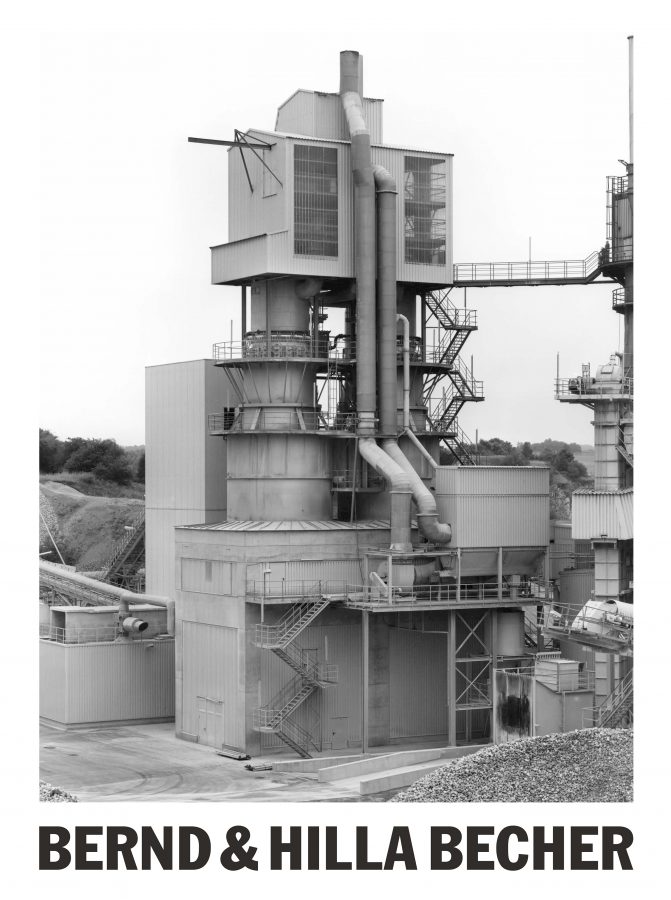 Over the past five decades, as both teachers and artists, Bernd and Hilla Becher have become among the most influential figures in contemporary photography. Featuring five typologies of industrial structures, as well as a number of single, large-scale photographs, the exhibition at Sprüth Magers is their first solo show in London since the Camden Arts Centre in 1998 and the largest presentation of their work since ‘Cruel and Tender’, at Tate Modern, in 2003.

Bernd and Hilla Becher met in 1959 and first exhibited together in 1963. The typologies for which they are now well known grew out of their expansive, impartial approach when they first started taking photographs of commonplace industrial buildings in post-War Germany and across Western Europe. After collating thousands of pictures of individual structures, they noticed that the various edifices – of cooling towers, gas tanks and coalbunkers, for instance – shared many distinctive formal qualities. Systematically photographing each structure from both a frontal and a three-quarter perspective, they examined them the way a biologist might look at a specimen collected during fieldwork, comparing and contrasting to organise them into groups, or species. Presented in grids, the typologies reveal the many forms that the buildings share, while at the same time each picture within the grid describes the unique details of each particular structure. The rigour and clarity of the Bechers’ methodology has influenced a generation of photographers and conceptual artists.

Five works fill the main gallery, four organised in grids of nine framed black-and-white photographs and one in fifteen. The nine photographs of Industrial Facades, 1970-1998, depict the broad, almost featureless fronts of various storage facilities, and the landscape orientation of the grid reflects the squat orientation of the buildings. Cooling Towers, 1967-1984, on the other hand, has the rising movement of the towers, and the overall grid has an almost Gothic sense of uplift despite the austere, utilitarian structures. A selection of individual, larger-scale photographs of industrial structures occupies the smaller gallery. These photographs tend to depict structures with strong characters, a consequence of an unusual history or function. Tom Pudding Hoist, Goole, GB, 1997, for example, depicts a vernacular structure used for transferring coal along the River Ouse in Goole, Yorkshire. The Bechers’ typologies and photographs grant anonymous forms a sculptural presence, showing how mundane buildings express important cultural forces.