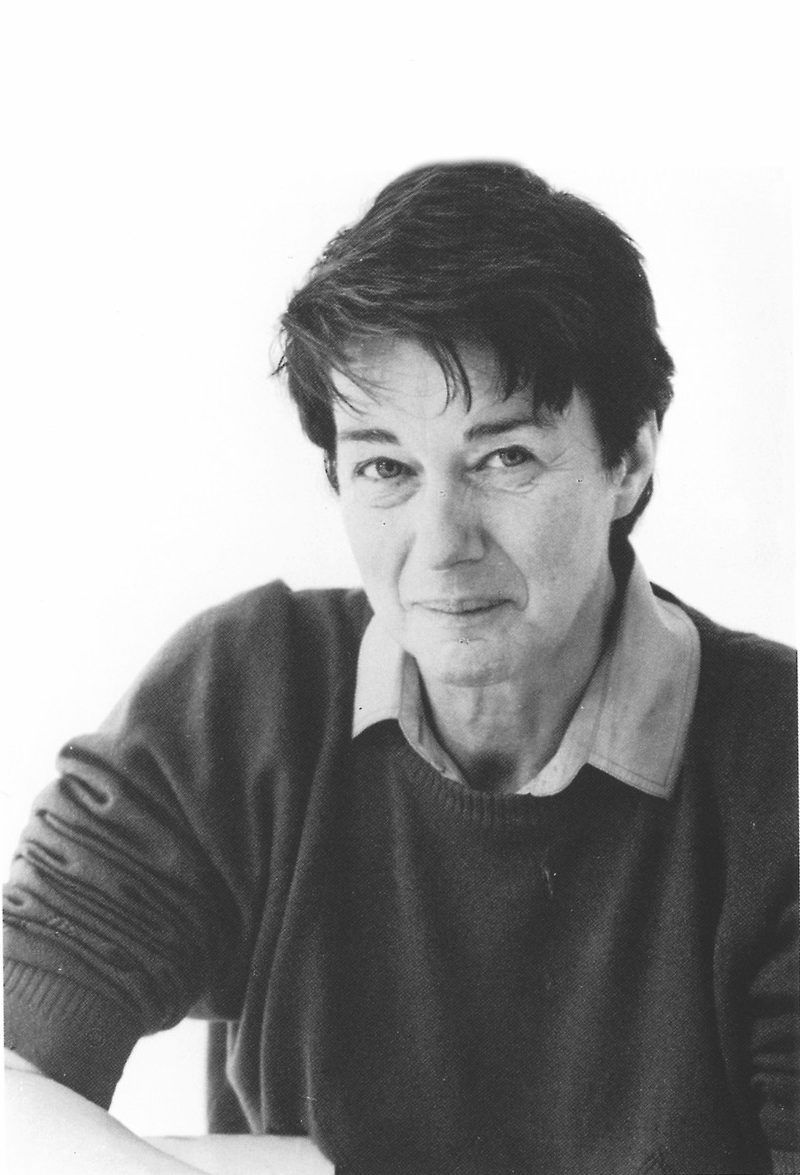 Bridget Riley (*1931) is one of the most influential painters of our time. The London-based artist has been spelling out the vocabulary of abstraction in an extraordinarily methodical way since the early 1960s. Though she is often described as a key figure in the Op Art movement, the complexity and presence of her work defy that label. Her painted galaxies of horizontal, vertical, concave and convex stripes, rhombuses, triangles, circles, dots and grids are more than a simple play with optical phenomena; they expose the psychological and art-historical foundations of seeing.

Riley’s painterly probe of visual perception relies on an ambiguous visual language that is as abstract as it is evocative. Her works are characterized by an almost hypnotic intensity. The surfaces of her paintings and wall paintings appear to shimmer, quiver, contract, or expand, at times conveying the impression that they are floating in front of the wall, moving in the direction of the viewer or recoiling from them. These qualities give her work a visual pull and a unique pictorial depth, but they also almost imperceptibly destabilize the picture plane. Riley focuses on the ways in which colors and elements of geometric form interact with one other, their mutual influence and modifications, on rhythm, repetition, variation, contrast, and the quasi-musical motif-like quality of picture elements. In doing so, she shifts the focus of the painterly event from the picture plane to the space between picture and viewer. Her art is an art of dialogue between eye and image; its effect unfolds only in the dynamics of seeing.

Riley does more than just explore what shapes and colors are capable of when they no longer have to represent or describe anything. She also uses the painterly idiom of abstraction to make something perceptible that had been inaccessible before, distorted as it was by the logic of representation. Her paintings are often marked by a specific energy that prompts us to look, shaping and drawing our gaze so that it resembles the way we view landscapes, the sea, the sky, the horizon, clouds, and light. Her work both catches the eye and eludes it at the same time. The longer you look at one of Riley’s works, the more it fractures into almost infinite-seeming variety of perspectives. Again and again, viewers are confronted with erratic and unpredictable visual elements, with the gaps and abysses of sensual and emotional experience. Landscape and nature, these paintings seem to say, are not only outside, but also inside of the viewer—light, color, and depth conjure echoes and reflections, moods, impressions, and memories in our bodies that stir a “landscape” sensation. Rather than paint images that represent landscapes, Riley paints something that produces a similar way of seeing, a “landscape seeing.”

Bridget Riley has often referred to the many influences that have inspired her work, including the philosophy of Maurice Merleau-Ponty, the music theory of Igor Stravinsky, as well as Samuel Beckett’s literature. Her work also draws on a variety of visual languages and systematically explores the historical evolution of pictorial space. In the latter context, the painter has often pointed to the work of Georges Seurat, but also to that of Paul Klee and the Italian Futurists, Paleolithic cave paintings in Lascaux and the murals in Egyptian tombs. Riley’s work absorbs the history of painting in order to understand its languages and abstract it for the present. Her paintings burst with life, offering a sustained resistance to more comfortable modes of perception and thinking. Her pictures trigger and shape a way of looking that is at once attentive, exploratory, empathic, and open—to both visual sensations and energies that transcend the visible.

Your message has been sent.
Current and Upcoming
Bridget Riley, Study for Movement in Squares, 1961

This exhibition, co-organized by the Hammer Museum, the Art Institute of Chicago and the Morgan Library & Museum presents approximately ninety sheets and covers the full range of Riley’s career from her student days in the late 1940s, when she dedicated herself exclusively to drawing courses at Goldsmiths College in London, through her groundbreaking black-and-white optical works of the early 1960s, to the innovative color studies she has undertaken from the late 1960s to the present day.

'Let the hand be numb, but let the eye be agile, perspicacious, well learned.'

Comprising work made between 1960 and the present, ‘Bridget Riley: Painting Now’ surveys the development of Riley’s career-long exploration of looking and seeing in relation to the capacities of painting and picture making.