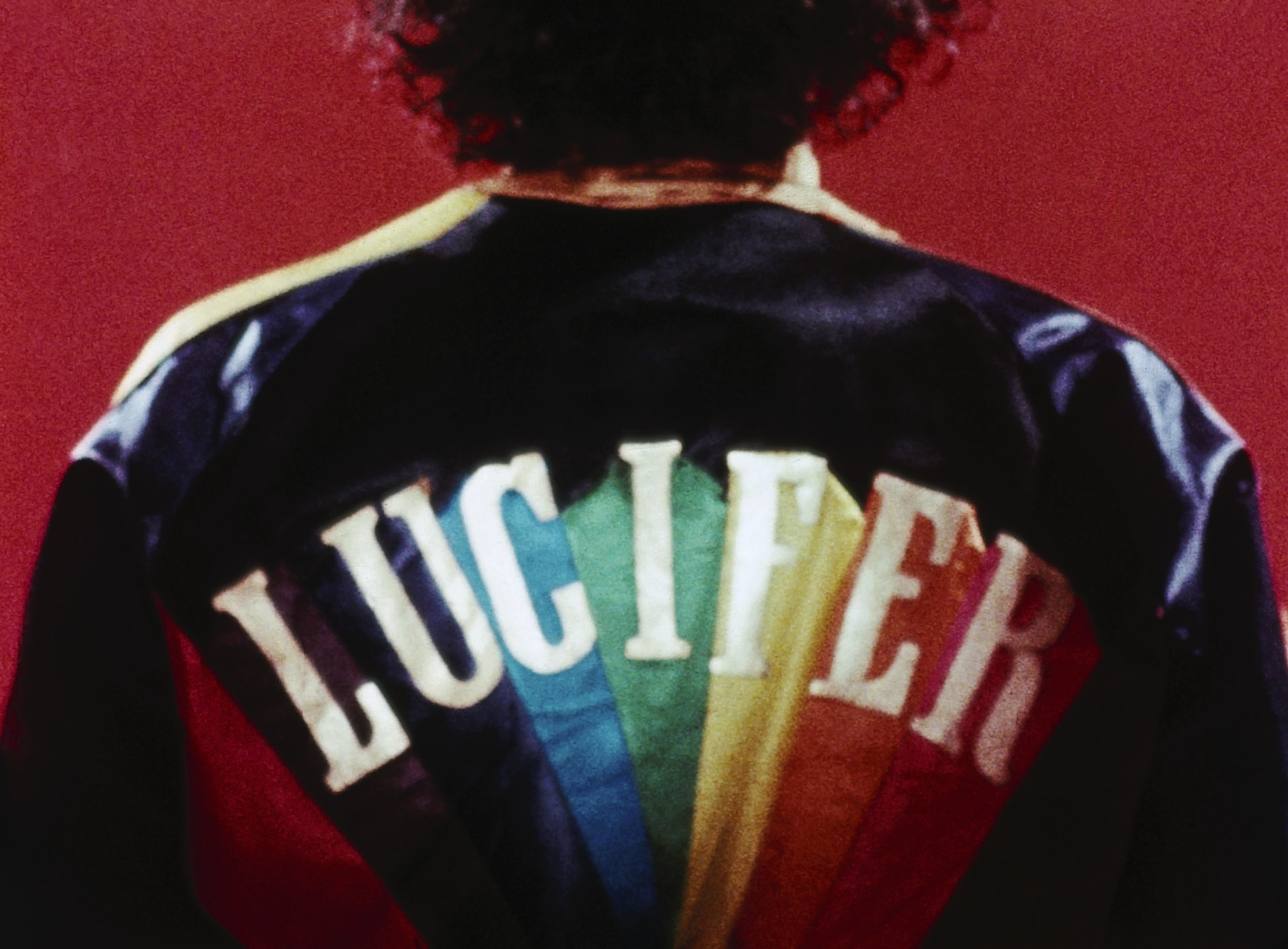 Kenneth Anger (*1927) is a pioneer of avant-garde film and video art. His iconic short films are characterized by a mystical-symbolic visual language and phantasmagorical-sensual opulence that underscores the medium’s transgressive potential. Anger’s work fundamentally shaped the aesthetics of 1960s and 1970s subcultures, the visual lexicon of pop and music videos and queer iconography. The Los Angeles-based artist considers his life an artwork in its own right and frequently weaves elements of myth, fact and fiction into his biography. His works can be understood as an integrative part of this life-as-artwork.

Anger’s keen perfectionism led him to assume all the usual filmmaking roles himself from the very beginning: In an unusual synthesis he handles all of the camera work, set design, costume design, film development and editing and acts as director, producer and actor in one. Even his earliest productions show the themes and artistic strategies that define his oeuvre. His experimental montage technique eschews spoken dialogue. Though possessed of certain narrative traits, its real power lies in a specific kind of suggestion. Anger’s first work, the 14-minute Fireworks (1947), was so provocative that the young artist was hauled to court on obscenity charges. Subject matter in the short film includes homosexual cruising, sailor fetish, sexual violence and gore. Its black-and-white images appear governed by an archetypal dream logic: phallic fireworks explode, the protagonist’s guts are crudely cut open to reveal a compass in his viscera and a sailor walks through a shot with Christmas tree on his head. His 38-minute Inauguration of the Pleasure Dome (1954) sees this dream logic tip completely into a surreal Technicolor color frenzy. The result is a sexually charged, orgiastic mixture of myth and ecstasy somewhere between period film set, opera stage, Kabuki theater and nightclub.

Later films including Scorpio Rising (1963), Invocation of My Demon Brother (1969) and Lucifer Rising (1972–80) develop this exuberant visual language further and also involve an expansion of their film-technique repertoire. Cine-sculptural strategies including double exposure or physical manipulation of the celluloid, the striking contrast of superficial pop music and disturbing images, the integration of found documentary footage and the use of subliminally-charged religious and mythological symbols enhance the films’ completely hypnotic effect. Influenced by the theories of the British writer Aleister Crowley, these works are also distinguished by a clear affinity for the occult and the enactment of an explicitly “perverse” imagination. Images of motorcycle gangs, orgies of violence, Egyptian deities, archetypal volcanic and desert landscapes and satanic rituals produce highly atmospheric, psychedelic psychodramas rife with breaches of taboo, sexual neuroses and voyeuristic fantasies.

Anger also is the author of Hollywood Babylon (1959), a book that anticipates the highs and lows of celebrity journalism. Mainstream Hollywood cinema is both the matrix of Anger’s work and its antipode. The visual lexicon of his films refers again and again to its dominant images while simultaneously subverting them in a radical way. At the heart of his practice is the fundamental, mind-expanding power of the film medium, a power absent in the genres of mainstream cinema practices. Anger considers cinematographic projection a psychosocial ritual capable of unleashing physical and emotional energies. The artist sees film as nothing less than a spiritual medium, a conveyer of spectacular alchemy that transforms the viewer.

Your message has been sent.
Current and Upcoming
Jon Rafman, You Are Standing in an Open Field (Mental Tarveler), 2020 © Jon Rafman

A Gateway to Possible Worlds

The American writer Ray Bradbury said: "Science fiction is the art of the possible." Under the guise of anticipating the future, it speaks to us of the present. It is a laboratory of hypotheses that manipulate and extrapolate the repressive norms and dogmas of today's world, its ambitions, social afflictions, opportunities and perils. A Gateway To Possible Worlds exhibition brings together over 200 works from the late 1960s to the present day. Art & science fiction whisks visitors away to a 2300m² sci-fi world. It puts the spotlight on the bonds between imaginary worlds and our reality with the help of artists, authors, architects and film directors. It builds on current demands for 21st century utopias to spark debate, inspiration and a form of hope.

The archive Icons will be exhibited across two rooms, painted midnight blue and crimson red, to replicate the way in which the collection was on display at Kenneth Anger’s home in Los Angeles. An occupation with Hollywood began as a child when Anger would visit film sets with his costume designer grandmother. Ranging from tabloid and magazine covers, to posters and illustrations, the archival documents on show, gathered over many decades, reveal the extent of Anger’s fascination with the industry and the Golden Age of Hollywood.

Icons will bring together an archive of film, photographs, scrapbooks, letters, and memorabilia from Anger’s personal collection, offering an insight into the unique vision of an artist widely acclaimed as a pioneering and influential force in avant-garde cinema, whose influence extends through generations of film makers, musicians, and artists. Making films continuously since the late 1940s, Kenneth Anger is considered one of the most original filmmakers of American cinema and a countercultural icon.

Making films continuously since the late 1940s and considered a countercultural icon, Kenneth Anger is widely acclaimed as a pioneering and influential force in avant-garde cinema. His groundbreaking body of work has inspired cineastes, filmmakers and artists alike. Many channels of contemporary visual culture, from queer iconography to MTV, similarly owe a debt to his art. 1969 film Invocation of My Demon Brother, a hypnotic montage of jarringly edited images, shifting intense colours and symbols with a repetitive synthesised soundtrack by Mick Jagger, is typical of Anger’s sinister and subversive aesthetic.

The Devil in the Details: Kenneth Anger, the Inventor of a Celluloid Avant-Garde, Nears 90
ARTnews, article by Nate Freeman, February 23, 2016

Kenneth Anger: Where The Bodies Are Buried
Esquire, article by Mick Brown, January 3, 2014