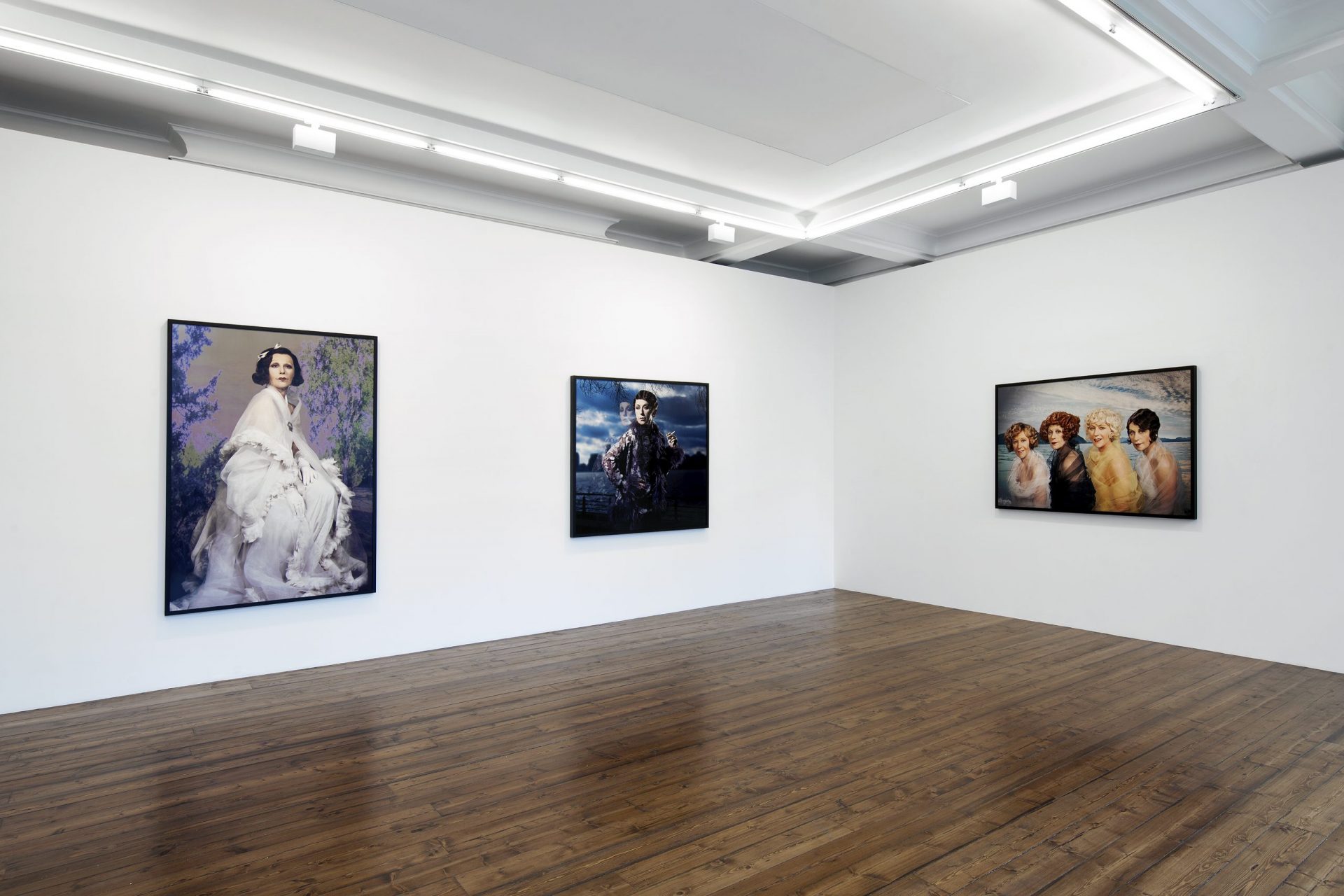 Sprüth Magers is delighted to present Cindy Sherman’s first solo show in the UK since exhibiting at the London gallery in 2011. The artist’s thirty-five year career in photography has established her as one of the most influential figures in contemporary art, creating photographic portraits that are predicated on themes of identity, gender and role-play. Parodying the representation of women in film and television, fashion magazines, advertising, and online, Sherman adopts limitless guises that illuminate the performative nature of subjectivity and sexuality. She is best known, perhaps, for the early black-and-white photographic series Untitled Film Stills (1977-1980), a body of work in which she staged herself as an actress in fictitious film scenes that mined the aesthetics of mid-century Hollywood film, film noir and B-movies. By over-dramatizing stereotypical and clichéd imagery of women, she rendered it critically perceptible – commenting both on the construction of identity and the strategies of media representation. In other series such as Centrefolds (1981), Fashion Photos (1984-1984), Sex Pictures (1992) and Clowns (2004), Sherman transformed herself through make-up, wigs, costumes and prosthetics into roles that yo-yo between provocative, passive, pornographic, abject, and grotesque.

Sherman’s current exhibition marks over three decades and seventeen exhibitions with Sprüth Magers. On view is her most recent body of work from 2016, which debuted in Europe at the Berlin gallery last year. Now, the show has been brought to the UK and includes several new and previously unseen works. In the large-scale colour portraits, the artist imagines herself as a cast of 'grandes dames' from the Golden Age of 1920s Hollywood cinema. Differing from Sherman’s earlier series, these actresses are presented outside of the filmic narrative, posing instead for what seem to be formal publicity shots. Despite their elaborate garb, coiffed hairdos and painted faces, the leading ladies are clearly in their twilight years, and the grave stoicism of their expressions gives way to instances of poignant vulnerability: fine lines emerge through caked-on make-up, and sinewy, aged hands seem at odds with the smooth polish of their owners’ faces. The actresses pose against digitally manipulated backgrounds that are suggestive of the film sets and backdrops of yesteryear. Skyscrapers, a busy café scene, manicured gardens and a classical landscape all feature within the series. One photograph created earlier this year, displays four actresses in different coloured tulle costumes. Seated together, they reference the historic popularity of sister acts in the entertainment industry.

Each photograph has been created through dye sublimation – using heat to transfer dye directly onto metal. The technique removes the necessity for glass protection to the works, making the life-size figures seem more immediate, more vital – emerging from their outmoded stage sets to encroach on our own contemporary world.